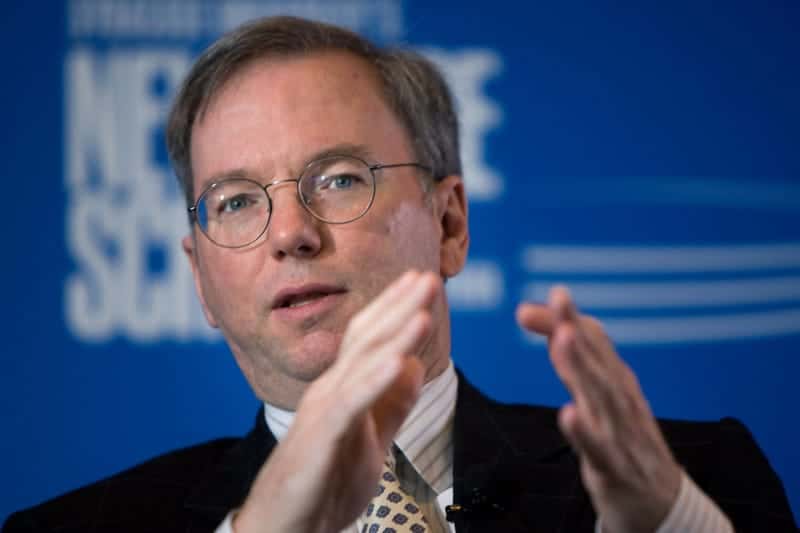 Eric Schmidt used to be Google's CEO, but he's now the chairman of the search giant. It's quite clear that he's a precious asset to Google, and now he's getting paid "a lot more than he did when he was running the Internet company," according tot he Associated Press. There's a new document published with the US Securities and Exchange Commission, where Google is rewarding Schmidt with $100 million in restricted stock, on top of a $6 million cash bonus received last year. In the three years that Schmidt has been the Chairman of Google, this is the second time he's received $100 million in restricted stock.

The first $100 million in restricted stock was given to Schmidt when Larry Page took over as CEO, and should vest next year. The new Award was granted on Wednesday, and will vest over a four-year period starting with May 2015. Google is paying Eric Schmidt a ton of money to stick around with the company. Schmidt has amassed an estimated $8 billion from the stock he either received or bought when he became CEO in 2001. Schmidt did not receive significant bonuses or stock awards while he was in charge of Google, his salary was capped at $1 for the final six years of his tenure as CEO, and annual bonuses were under $2,000 during that time.

If there's one way to keep an executive with your company, it's to throw money at them. Although I don't see Schmidt leaving Google anytime soon, as it appears that he likes working at the search giant, along with Sergey Brin and Larry Page and the rest of the Googlers. So this could be insurance for Google. Especially after the rumors (that were probably untrue) of Sundar Pichai being a front-runner for Microsoft's CEO spot.

How many of you would love to see Eric Schmidt stay at Google for ever, or at least until he decides to retire?