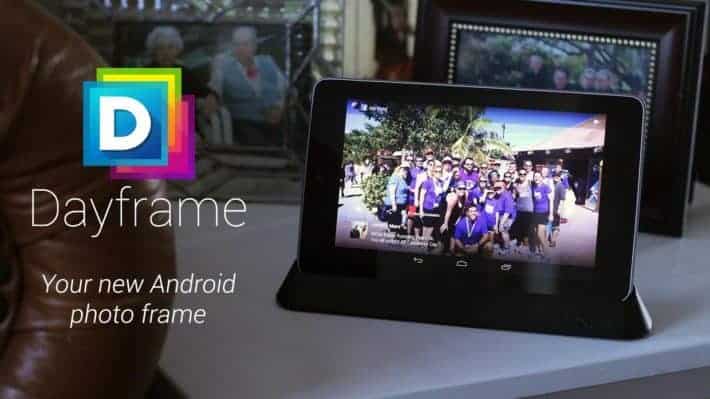 Want to cast photos onto your TV using Chromecast? Well thanks to Google finally opening up the SDK earlier this week, that's now a possibility with the app called Dayframe. It's basically an app that can turn your phone or tablet (preferably tablet) into a photo frame. It was updated today to version 2.0 with Chromecast support and a few other features as well. It's available in Google Play now, if you're interested.

Dayframe makes it very simple to go ahead and cast photos up onto the big screen for everyone to check out. I can see this being a big seller for companies to buy a Chromecast. Since you could put up a TV in your office for clients to see pictures of various things, and you can control it from your tablet as well. However, to get PRIME, it's a $2.99 in-app purchase which does bring you Chromecast support and a few other features.

So now we can add yet another app to the list of those that support Chromecast. We had a feeling we'd see plenty more apps getting Chromecast support this week seeing as the SDK was finally released. Which is a great thing. It gives more people, more reasons to pick up the $35 Chromecast from Google, Amazon, Best Buy and other retailers. If you haven't already picked up a Chromecast, now is the time to do so. It'll be the best $35 you've ever spent, you've got my word on that one.