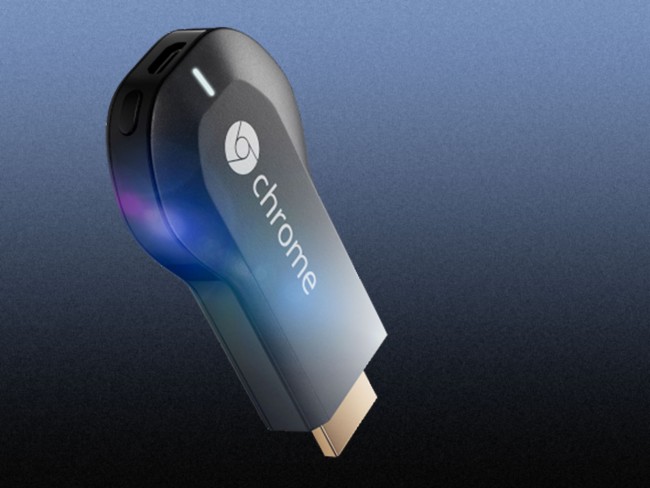 Google's Chromecast has become popular in the last few months since its launch. No doubt buoyed by its insanely cheap $35 price tag and the quick and easy ability to get content from Netflix, Hulu, HBO Go and more on your TV without another – perhaps unsightly – box connected to your TV. The simple HDMI dongle is great for those looking to get content on their TV without resorting to purchasing a Roku box or something similar, or a new Smart TV. As is the trend with certain Google products that have launched in recent years, it's taken Google a while to rollout the Chromecast on an International scale and in fact, it's still only officially available in the US. That's about to change, however.

As The Next Web is reporting. Google's Chromecast is on its way to the UK come March 1st. Or at least, that's when electronics retailer Currys is looking to have the device on sale. There's no word pricing yet but, if "tradition" is anything to go by, then the Chromecast is perhaps going to cost somewhere in the region of £25 – £30, the straight conversion of $35 (as of writing) is around £21.50. As a Brit, I can attest to things never being the same price as they are in the States, which is understandable up to a point.

The Chromecast hasn't stagnated either, as the SDK has just been released which means even more support is fast approaching. That's great news for those that have already bought one, and if you haven't then there's no time like the present, and besides at just $35 from Amazon it's hardly going to break the bank. Google's Chromecast might not be giving Apple TV and co too much to worry about right now, but as the SDK gets more services involved, Google could have a runaway success on their hands. If you've already gotten a Chromecast, let us know how you like it in the comments below.

Update: According to TechRadar, A Google Spokesperson has stated that the Chromecast will not be launching in the UK in March. So obviously we are saddened by this news.