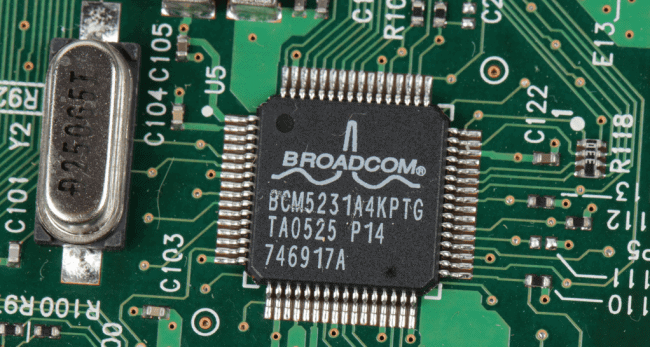 It's Mobile World Congress this week in Barcelona, Spain and while there are of course smartphone announcements popping up like a game of whack of mole. There are also some more mundane, less exciting announcements that are no less important. These less exciting announcements are the type that will shape the next 12 months in mobile, and change how we think about devices. Maybe that's a little bit strong, but with MediaTek announcing a new chip that will bring LTE and much better performance to mid-range devices, it looks like the mobile industry is ready for another speed boost. Speaking of speed, Broadcom has announced a handful of new chips at this year's Mobile World Congress, including one that's said to double the speed of WiFi 802.11ac.

The BCM4354 chipset brings 2×2 MIMO (Multiple Input Multiple Output) technology to WiFi 802.11ac, which promises as much as double the performance when it comes to download speeds. Moreover, there's a promised drop in power consumption of 25% as well. While the newer ac standard has yet to really take off in homes and business throughout the world, it's no less encouraging to see this sort of improvement in performance. After all, the more attractive 802.11ac becomes to both consumers and networks, the quicker we should see it being used throughout devices around the globe.

Onto smaller things and Broadcom also announced the lobal Navigation Satellite System (GNSS) chip. Destined for wearables, this chip can not only determine your location, but also ferry information to other devices such as sensors and yes, your smartphone. There's no word on any partners for the chip just yet, but with wearables such as Sony's smartband hitting the scene in droves, we wouldn't be surprised to see this sort of chip in the next generation of wearable devices.

This is what Broadcom's announcements today have really been about, the next generation of mobile. These chips could make their way into devices later this year, but we're not holding our breath.

Advertisement
Advertisement
Trusted By Millions
Independent, Expert Android News You Can Trust, Since 2010
Publishing More Android Than Anyone Else
16
Today
160
This Week
267
This Month
4251
This Year
105728
All Time
Advertisement