There’s no doubt that there’s a need for security within smartphones for large corporations and Government agencies/Defense Contractors. Boeing is aiming to fill that hole with their “Black Phone” Android powered smartphone, which is pretty much the “spy” phone of your dreams. Recent filings with the FCC show that this device is on its way to finishing development, and will be aimed at government agencies, and companies in the defense sector that work with government agencies. There isn’t many details that have been let out about the device, but little pieces of information have made their way out to the public and we can only imagine what other sorts of cool functions it would have.

The sad but understandable thing is that most of the details about how this device actually works, and the types of features and specs it would have as well as the technology behind it all, will most likely never be known to the public for reasons regarding security. As one of the lawyers employed by Boeing to handle the matter states in his penned letter that accompanied the FCC filing, “The device will be marketed and sold in a manner such that low level technical and operational information about the product will not be provided to the general public. Detailed technical information distributed at trade shows will be limited or protected by non-disclosure agreements.” It makes perfect sense as to why Boeing would want to keep this information confidential.

So, why is this phone the Spy phone of your dreams? Quite simply put, it’s tamper proof. According to the filings and Boeing’s lawyer, the phone has no parts whatsoever that are serviceable. The entire phone casing is sealed with Epoxy, and the screws that hold the casing together are covered with a tamper-proof coating that basically self destructs the device if someone should try to break the phone casing open to get at the hard drive or other data. Ok, so the phone doesn’t actually blow up, but the data on the inside and the software on the phone reportedly get deleted if someone tries to tamper with it. Cool huh? The phone looks to have dual-sim cards(which makes it perfect for jet setting spies during travel to other countries) and also supports various network connectivity types, of which LTE is included. While the phone is probably less futuristic and Spy-like than we think, it just sounds like something that would be cooked up by “Q” from Skyfall, the latest Bond film. It sure would be nice to have some tamper proof settings on our consumer devices. 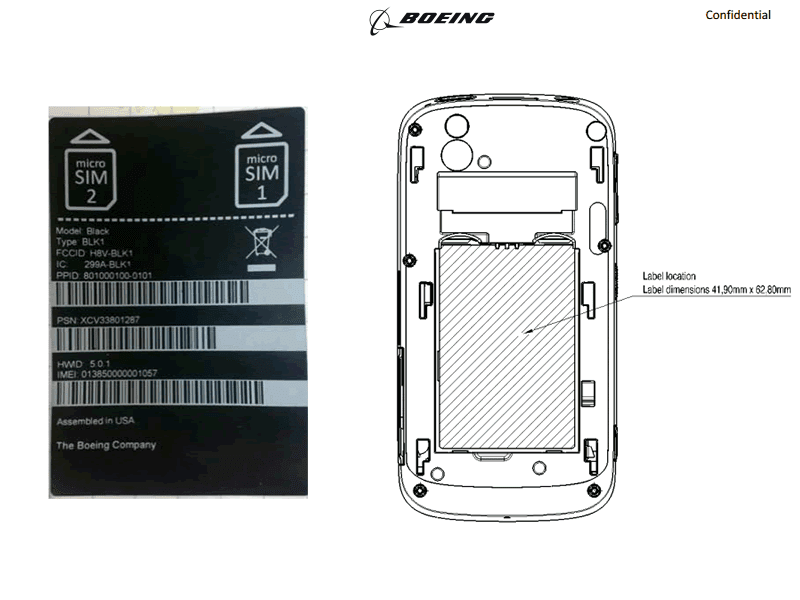