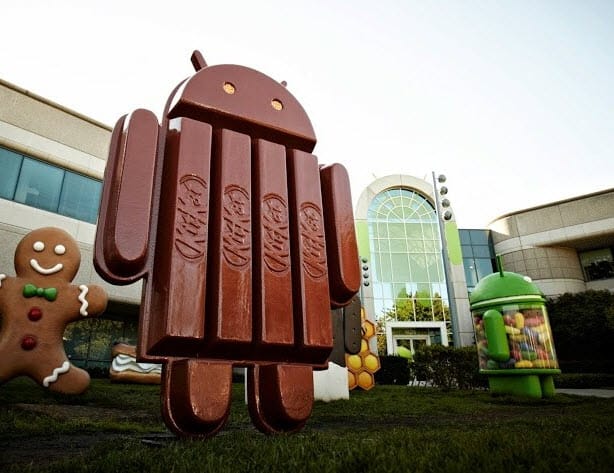 If you've owned a Smartphone any amount of time there is one thing you know for certain, they have not been cheap until recently. Walking into a wireless carrier's store and looking at phone prices off-contract will tell you the factual truth. Android phones tend to be a lot cheaper than the iPhone. I remember walking into a store once and asking about off-contract cost for an iPhone and being stunned when I was told the cost was approximately $700. I then asked about the cost of the latest Droid and found it to cost around $500 to $550. Now I didn't have that kind of money to throw around, but it did give me an idea of the glaring price difference. I'm sure many Android users have found this to be true as well.

Look at the state of the Android platforms market share currently. If you look close enough, you'll see quickly that Android phones were made affordable for the masses. Because of that, growth for the platform followed quickly. Now Android is dominating the market because they have OEMs making affordable phones with a fairly decent amount of power under the hood. For example, let's look at the price drop progression of average prices for an Android Smartphone beginning in 2010. In 2010 the cost was $441, then to $380 in 2011, down yet again to $320 in 2012 and lastly to $276 in 2013. Those are some pretty respectable price drops showing that the cost to make the phones is becoming less expensive and therefore the cost to the consumer is less.

Now, that's not to say that the cost of an Apple iPhone has not dropped. Looking from 2011 where the average iPhone's price was $710, to $686 in 2012 to the current level at $650 in 2013, you can say that the iPhone has begun to drop but not nearly as fast as Android. What are the effects of this? Well, it means that people are snatching up Android because of its low cost, hence the exceptionally high market share from the Android platforms domination of the Smartphone space. Yet, Apple's iPhone garners a staggeringly large amount of money from the market due to its high cost and the fact that there are many out there who still prefer to purchase it.

What do you think? Given the falling price of Android phones, will Apple be forced to drop the price of their iPhone even further? What effect will this price gap have on market share in the long run? I think Apple will eventually be forced to drop prices to regain market share and Android will continue to retain the majority. Leave your interesting comments in the section below or on Facebook, Twitter or our Google Plus page. Keep it locked to Android Headlines for more news and reviews. 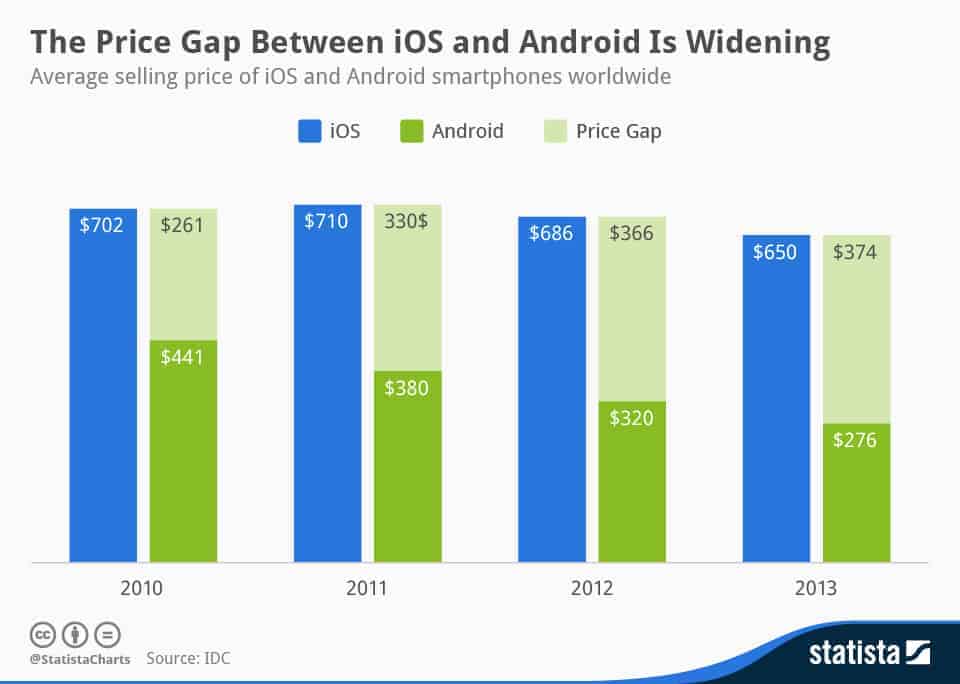