Skip to content
Trusted By Millions
Independent, Expert Android News You Can Trust, Since 2010
Publishing More Android Than Anyone Else
1
Today
1
This Week
903
This Month
7323
This Year
117280
All Time In the build up to this week’s Mobile World Congress 2014 there have been many rumors about upcoming devices and what they’re arrival will mean for the market.  Samsung’s impact on the mobile market and with Android in particular always leads to huge amounts of rumors for all their upcoming devices, and the Galaxy S5 and Gear 2 are no exceptions.  While we heard rumors and whispers of the Gear 2 for a few weeks now, Samsung made it official a few hours ago, dropping the Galaxy branding and just sticking with Gear.  Besides the usual suite of hardware upgrades that every new device receives over the old ones, Samsung added a heart rate sensor and moved the camera’s position for the model that includes a camera.  These are rudimentary changes though when compared to the jump from the original Galaxy Gear being powered by Android, to the Gear 2 being powered by Tizen.  So what does this mean for current and future Gear owners?  Let’s start by talking about Tizen.

Tizen is an open-source Linux-based mobile operating system not unlike Android.  It’s the culmination of the work of dozens and dozens of companies out there, and has a pretty significant backing as well.  Intel and Samsung are the headliners when it comes to actual development of the OS, as it’s a mix of Samsung’s old Tizen OS (once called LiMo) and Intel and Nokia’s MeeGo.  Instead of all developing competing operating systems these companies essentially decided to go Voltron on us and join forces to make the biggest, baddest mobile OS they could.  Tizen runs HTML5 apps similarly to how Firefox OS, Ubuntu Touch and many other Linux-based OS’s do all without having to open them in a browser.  This means that many of these apps should theoretically work on any of these OS’s, essentially unifying app stores between them.  Tizen looks very much like the TouchWizified Android we’ve come to know from Samsung over the last handful of years, and in many respects works the same way too.  This also means though that Android apps will not work on the Gear 2 as they did on the Galaxy Gear, but is that really a big deal? 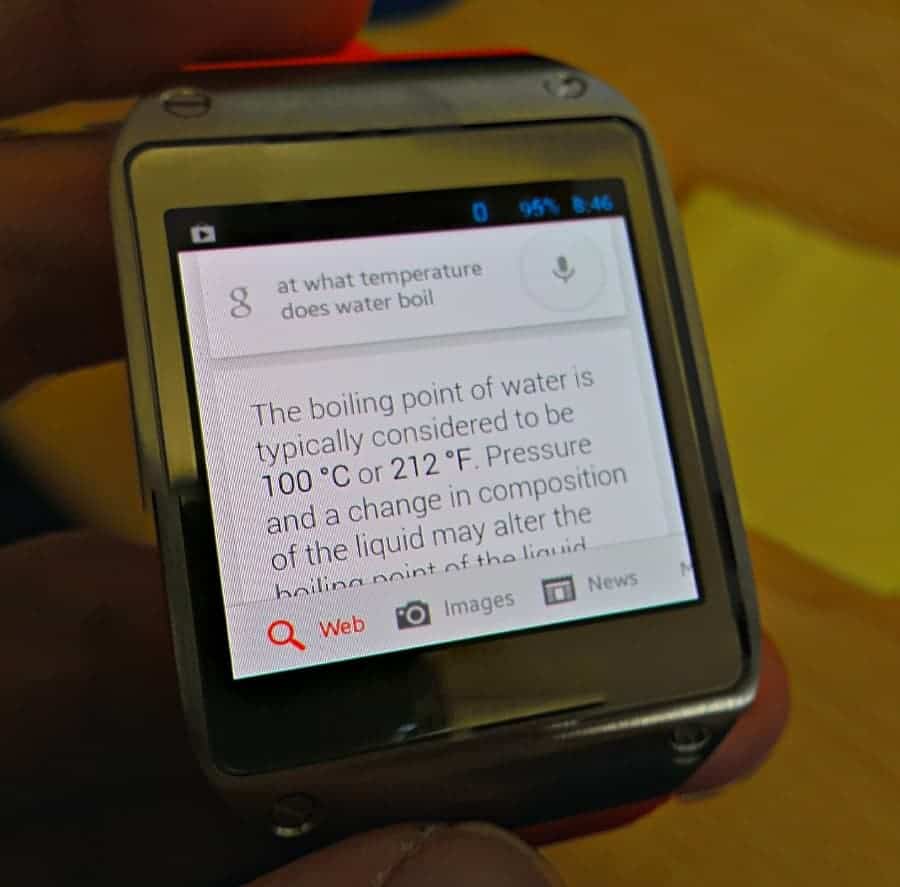 Samsung has made quite a few partnerships to sell their smartwatch including BMW, CNN, Garmin, Paypal and dozens of other companies as well, and have apps galore for the Gear.  All of these are available on the Samsung Appstore, which is entirely separate from Google Play as many of you with Samsung devices have probably found out.  Generally Samsung’s Appstore isn’t anywhere near as good in terms of design and apps available as Google Play, and the reasons for avoiding it can be numerous on Android devices.  While there’s no official Google Play support on the Galaxy Gear, it’s not all that hard to get the Play Store on Samsung’s first smartwatch and either sideload APK app installation files or even install them straight from the Play Store.  But seeing as this isn’t an official solution it isn’t really going to affect many people, if anything it might improve the selection of apps available since so many companies are trying to back Tizen as a new alternative OS to Android or iOS for many form factors.

While Tizen won’t be replacing Android on Samsung’s flagship devices anytime soon, if for no other reason than the total lack of available apps on Tizen at this point when compared to Android, it seems to be a pretty perfect companion OS for companion devices like the Gear.  Enthusiasts that love to tweak are probably going to want to stick with the Galaxy Gear over the Gear 2 though just for the sake of having a smartwatch that runs Android 4.2.2 Jelly Bean and of course all the great things that go with that.  Those just looking to buy the Gear 2 may very well find that more support will be coming since it’s going to be essentially the only device running Tizen for a while, and developers can focus more on single development for the fledgling smartwatch than trying to develop for many different models and devices at once.