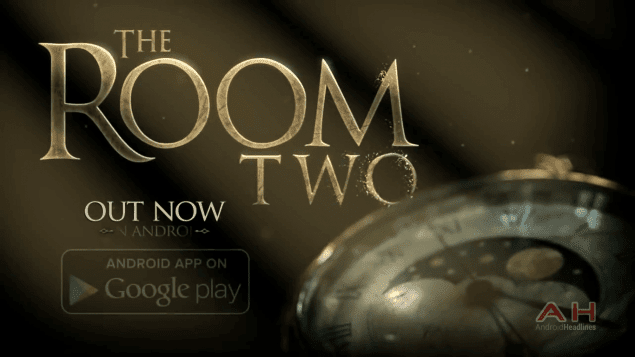 The return of the best physical puzzler is here with The Room Two. The Room Two is an intense physical puzzler that has heavy elements of a mystery game woven intricately throughout, and sports some of the best 3D visuals of any game on mobile. Gorgeous 3D environments are laden through the entire game, with excellent detail on virtually any object you can lay eyes on. The Room Two is the hit sequel to The Room, in which you must uncover the mystery's of a perplexing scientist's cryptic letters. The scientist, known in the game by his/or her pen title "AS", sends you on a journey filled with wondrous mystery and intrigue. Uncover the secrets of The Room Two if you dare. It won't be easy, but once you play you'll feel rewarded for having solved some of the complex puzzles the game has to offer.

It has a pick up and play mentality to it, so you can throw back an hour or ten minutes and enjoy every single second. The Room Two boasts the same innovative touch controls as the first game, with "a tactile experience so natural you can almost feel the surface of each object." It really is a game experience unlike any other not only appealing to your visual senses, but it attempts to appeal to your sense of touch as well. Immersive and detailed 3D locations as well as and perhaps even more detailed 3D objects that you will inspect throughout the game, are paired with crafty puzzles that will really make you think, and a bone chilling  soundtrack that helps to put you in the shoes of the game's character who is in search of answers. The Room Two supports cloud saves through Google Play Games services, and of course what would Google Play Games be without achievements? If you absolutely loved The Room, The Room Two will make you feel like the game is truly brand new again. All sequels should aspire to provide an experience of this magnitude, as The Room Two is an improvement in every way. You can grab The Room Two from the Play Store for $2.99, and if you have yet to play The Room, you can grab the original for $0.99.