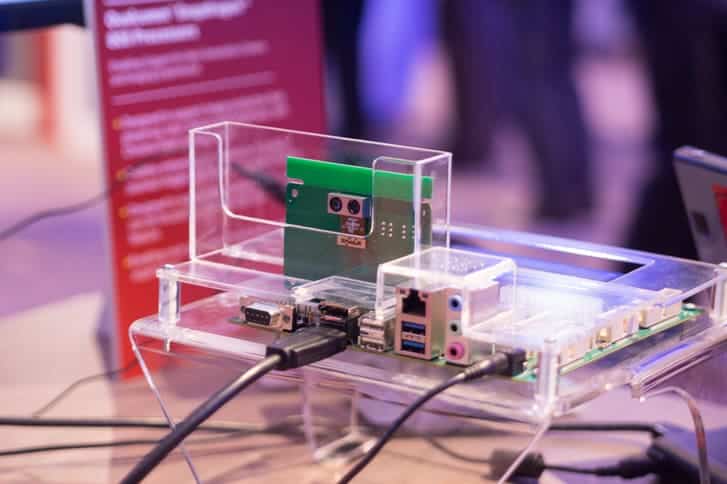 With the Galaxy S5 launch just about behind us, the HTC One launch next month is the big news of the day and HTC have already made it clear they think they have a winner on their hands. Without having announced the device however, we can only take HTC's word for it. We already know quite a bit about the new One however, as its leaked out a fair bit up to now. We know that the device is going to be coming with two cameras in one module, but we didn't know much about that camera setup, until now.

The folks from Pocket-Lint have people roaming the show floor at Mobile World Congress and they've come across what very well could be the camera module to be features in the upcoming One. Developed by Qualcomm and Corephotonics, it's a new type of module that not only benefits from using two lenses and two sensors, but also from better, more capable zoom. Pocket-Lint have seen the module show Optical Zoom that's better than 3x digital zoom. That in and of itself is a marked improvement, optical zoom is true zoom, with digital zoom being more of a magnification than anything else.

Moving on and the module is capable of taking in more data that can be used for greater effect when taking photos or editing them. The two cameras will work together to better depth of field and this can even be changed after the fact, a la Lytro. Pocket-Lint asked about the 2 and 4-megapixel, sorry UltraPixel, sensors that were rumored to be at the heart of the module and Corephotonics agreed that would be a decent prediction. So, we now know a lot more about the HTC One's new camera arrangement.

Hardware is not everything though, and as we saw with the original HTC One with features such as Zoe, the Taiwanese manufacturer has their eyes on more than just better hardware. With the Galaxy S5 launching with a larger, 16-megapixel sensor however, HTC had better have something very special in store on the software front.