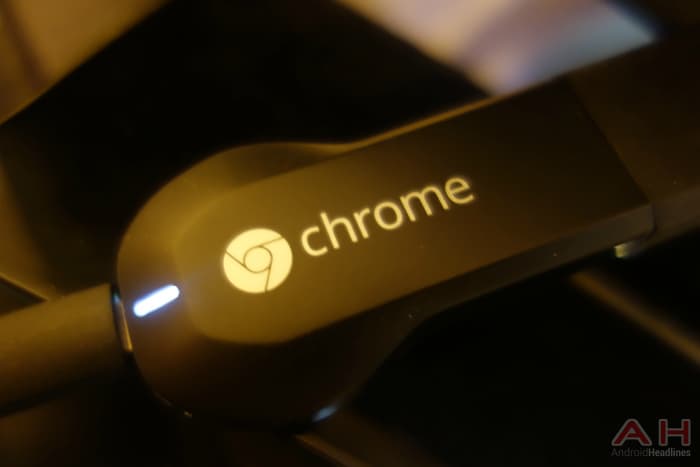 For Chromecast users in the beginning, one of the best features was getting to use the Allcast app to stream your local content to the tv. This feature was technically already available, so long as the files that you wanted to stream were in MP4 format and were opened within a chrome tab to use the Chromecast's "tabcasting" feature. Using Allcast though, you were to stream your local content from anywhere and throw it right to the TV, all through your phone or tablet. The app worked for a little while but then was quickly disabled in one of the Chromecast updates, and is finally back now that the SDK has been opened up to developers. We'll soon start to see plenty of Chromecast supported apps likely in the coming weeks or in the next month, but rest easy if nothing super exciting comes to Google's tiny streaming HDMI dongle in that time, because we have Allcast back and that's enough to keep us happy for quite a while.

Allcast could serve as a viable solution to those who went so far as to sign up for services like Plex to get local streaming media access. Plex is a monthly service that costs $3.99 if you want to stream to Chromecast, and it also lets you stream any local media that you have stored. Although this is stated that it's only a paid feature while it's in the early access stage, once it leaves that point, it's supposed to open up to anyone who uses the free service, but who knows how long that could take. The Allcast app comes in a paid version as well, however this paid app is a one time buy as it's just the license key and afterwards you can use Allcast until you're tired of watching videos, looking at photos or listening to music.

Just like before, the Allcast app supports a wide variety of devices in which you can stream media to, like Xbox consoles, Apple TV, Roku, and others, but the added benefit of Chromecast is available again. This is easily the best feature of Allcast for many, as the Chromecast is a favorite among for many people among their family of streaming capable devices. If you choose to use the Allcast free version, the app will still work as intended with all the same devices, but it will only work for a limited period of time each time you want to stream something, (around a minute or so) so you won't be able to watch full episodes of a television series or enjoy a full movie. If you want unlimited streaming, you'll have to buy the license key for $4.99. Is anyone excited to see this back on the Chromecast support list?http://youtu.be/HZVjYAzOrlM