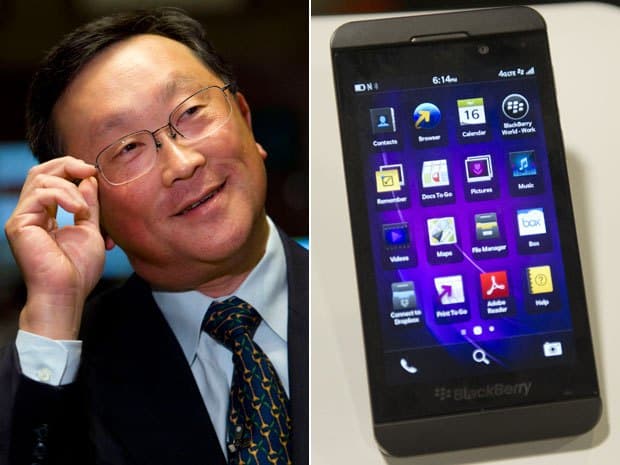 Now that WhatsApp has been purchased by Facebook for $19 billion, companies are eyeing similar messaging apps and wondering how much they are worth. Line, Kik, even BlackBerry Messenger have large user bases and could generate some cash for their owners. Blackberry's CEO John Chen stated in a recent interview on CNBC that he would be willing to part ways with BBM for a large sum if it were offered to him. In other news, the sky is blue and BlackBerry is still in trouble.

BlackBerry's current market cap is $5.17 billion, so obviously the BBM service and customer base is not worth $19 billion. Facebook bought WhatsApp for such a large sum because they are quickly approaching 500 million users and could reach 1 billion in a relatively short amount of time. Half a billion users generate a lot of data, and Facebook can capitalize on it. BBM is now a multi-platform app, but it doesn't have nearly the user base that WhatsApp does. Like almost everything BlackBerry has done in the last decade, they were late to the game making their messaging service available on other platforms. Who's going to pay BlackBerry $19 billion for BBM? No one.

Chen went on to state that his company is focusing on developing BBM and regaining customer support, rather than selling off the company in pieces. "I think the right thing to do is to expand that and make it as big as possible and then…worry about the valuation later," he said in the CNBC interview. Chen says the company is focusing on reaching out to customers and generating cash. We're wondering what BlackBerry is planning to expand and how they are going to generate cash. BB10 and their current device line up certainly isn't getting the job done. They are losing market share in their most valuable sector, enterprise, with each passing month. Companies are turning to Android and iOS now that there are secure options with them.

We'd love to see BlackBerry turn the corner, and it may happen. The chance seems slim but maybe John Chen has some magic up his sleeve. Whether he does or not, no one is paying him WhatsApp-type money for BBM. Check out the full John Chen interview below and let us know what you think in the comments.