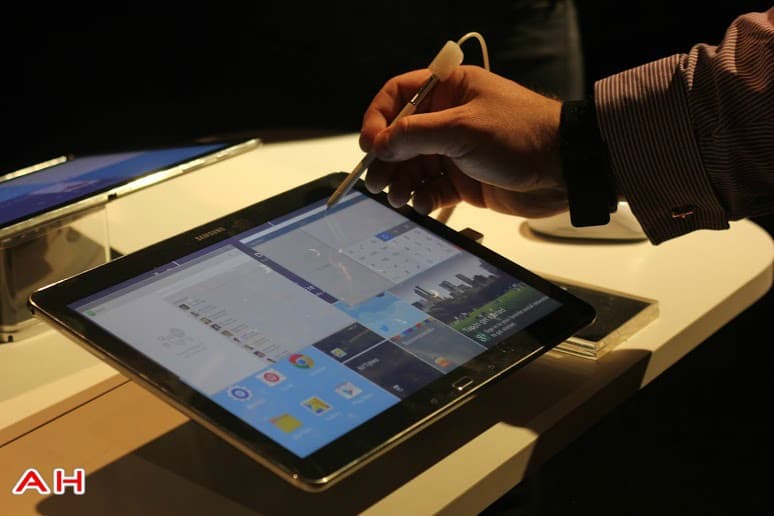 Samsung has made a plethora of tablet models over the years, some successful, but most were either underwhelming or overpriced for their features.  Not only that, but there was a lot of confusion over the different models and there were so many sizes and specifications that one needed a spreadsheet to keep track of "Who's on first."

As a comparison, the Galaxy Tab Pro 10.1 is only 7.3mm thick and weighs in at 469 grams, whereas the Galaxy Note Pro 12.2 is obviously larger, only 8.03mm thick, but a whopping 753 grams or 1.65 pounds.  Each size tablet has its positives and negatives – the 7-inch and 8-inch tablets offer the most portability and can easily be carried around on your person.  The 10-inch tablets are bigger and more noticeable in a bag, but your productivity is drastically increased, especially if you are writing or drawing.  The 12.2-inch tablets, with their added bulk and weight make them even more difficult to carry around, with no real productivity increase over a 10-inch tablet.

The idea of a display that large is certainly appealing when it comes to writing, drawing, typing, watching videos or movies, but will the mainstream public ever adapt it? The real kicker with the Galaxy Note Pro 12.2 is the price – $749 for the 32GB model and $849 for the 64GB model – both, Wi-Fi models. Verizon's 4G LTE model has been seen in the wild, and we can only guess that it will add at least $100 to the price, bringing the 32GB model to $849. 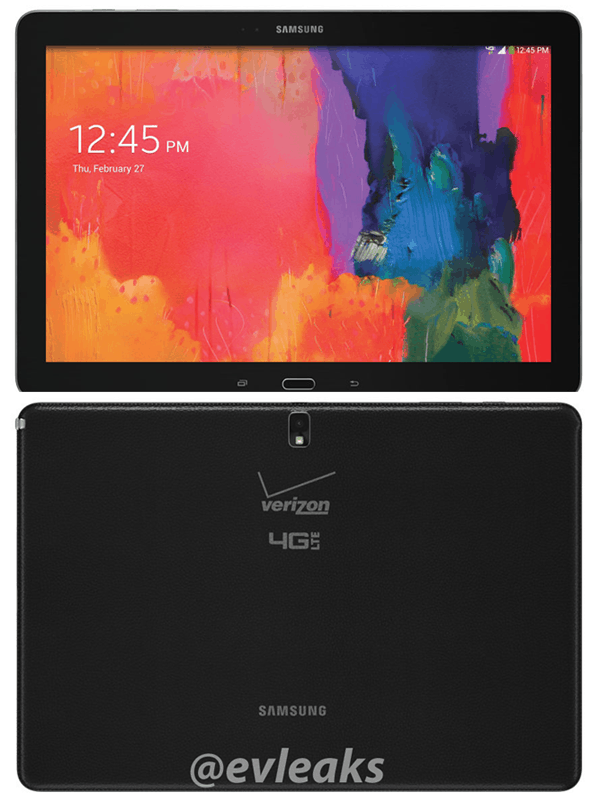 I am not sure why everybody is astonished at the price of the Galaxy Note Pro 12.2 – it's  large and certainly premium in its construction, specifications, and features.  We are talking about 12.2-inches of a 2560 x 1600 pixel TFT LCD Display, powered by a Samsung Exynos Octa-core processor (1.9GHz Quadcore + 1.3GHz Quadcore), with 3GB of RAM and 32GB of Internal Storage, room for a 64GB microSD card, an 8MP with Flash, a 2MP Front Facing Camera (FFC), and a 9500mAh Battery.

This tablet is a lot more than just specs, it offers features that are not found on iPads or other high-priced tablets, such as the built-in stylus, or S-Pen, that allows you to quickly and easily be creative on your Note Pro 12.2, enhanced multitasking allows the user to work with up to four different applications at the same time with all four showing on the display.  It also has a full-size, on device keyboard, and a full suite of office applications for word processing, spreadsheets, and presentations.

While the average user may not spend this much on a tablet, the average user would not normally buy a 12.2-inch tablet for personal use, so if the Samsung was targeting the home user, the Galaxy Note Pro 12.2 would almost certainly fail. But Samsung is looking to the future – more and more businesses are starting to get away from PC's and laptops – rather than running back to your desk or lugging a laptop around to view plans or share work documents. Today, businesses are turning to portable tablets that you can carry with you to your boss's office to show them the latest design, the latest proposal, or maybe a spreadsheet, or the bottom line…and when you are done at work you can take the tablet home to work even more.

The point being is that while Samsung may have priced the tablet out of the normal consumer market, the size probably has already accomplished that task – the price will just help it along. However, when it comes to the business segment, Samsung may have found a new niche to purchase their high spec, high-priced Galaxy Note Pro 12.2. Let us know on our Google+ Page if you would even spend $800 for a 12.2-inch tablet – too much money or two big.