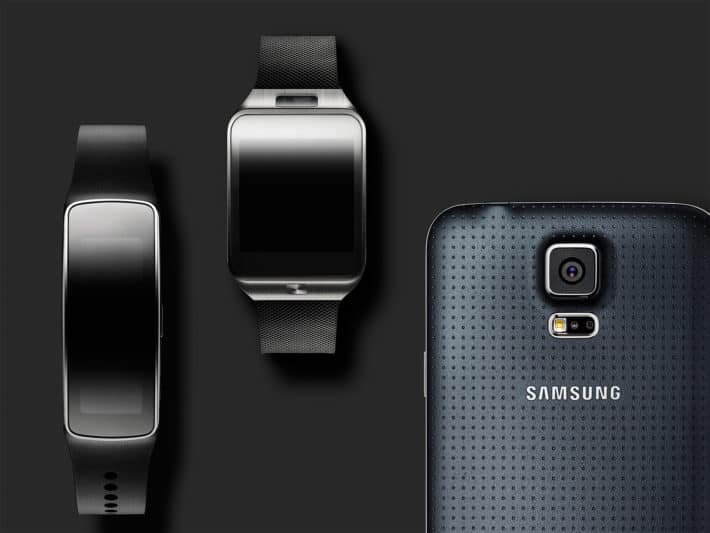 Samsung is arguably the king of the mobile markets, if only based on volume and brand recognition.  That isn't to say I'm some Samsung fanboy, to make that perfectly clear.  I had my dance with the Galaxy S line, and while they are good phones, they weren't for me.  Now plenty of other people are satisfied with their product, and that is absolutely fantastic for them… but the biggest issue with Samsung that we have after Mobile World Congress is that they have yet to tell us the pricing on the major devices they have announced.  I mean, come on.  Are you really going to announce such interesting devices as the Galaxy S5, the Gear 2, the Gear Neo and Gear Fit and not tell us how much we can expect to fork over for them?  Are you serious?

There has been so much press about the Galaxy S 5, both here and on almost every other website that talks about tech. So I'll keep this bit short.  In case you haven't heard, the S5 features new camera sensors and new features like a heart rate sensor and a finger scanner.  For a full list of some of the best new features, check out my article here.  The phone is waterproof, just like Sony's famed Xperia line, and is rocking a 5.1 inch, 1920 x 1080 display that looks just as beautiful as it sounds.

The new Gear devices (not called the Galaxy Gear, for some reason Samsung opted to drop the name of one of their most famous and popular lines) are also things to get excited about.  All three new iterations of Samsung's smartwatch line, the Gear 2, Gear 2 Neo, and Gear Fit, are designed for different purposes, but they all feature Tizen instead of Android, and have three times the battery life of the original Galaxy Gear.  The Gear Fit has a strong potential depending on the price, to compete with other watches on the market like the Fitbit, Pebble, and Jawbone.

But that's the key, isn't it?  The price.  And that is the one thing that Samsung didn't tell us at MWC.  Of course, this fits in right with their standard practice… giving us an announcement of an awesome new device, and then letting the wave settle before revealing a price.  This way, they can get double the media coverage, because they know websites like ours will write a story specifically about the pricing, because that's what people want to know.  While this plan is great for them, it is extremely frustrating for us.  I mean, look at Apple.  They just reveal the product and all it can do, tell us the price, and let us know when they will start shipping.  While we may have our issues with Apple's products, they know how to get people to buy them.  I guess the whole point of this is that even though it is a great marketing strategy, I (along with everyone else following Samsung's new toys with interest) want to see how much they will charge.  So come on Samsung!  Just tell us the damned prices already!