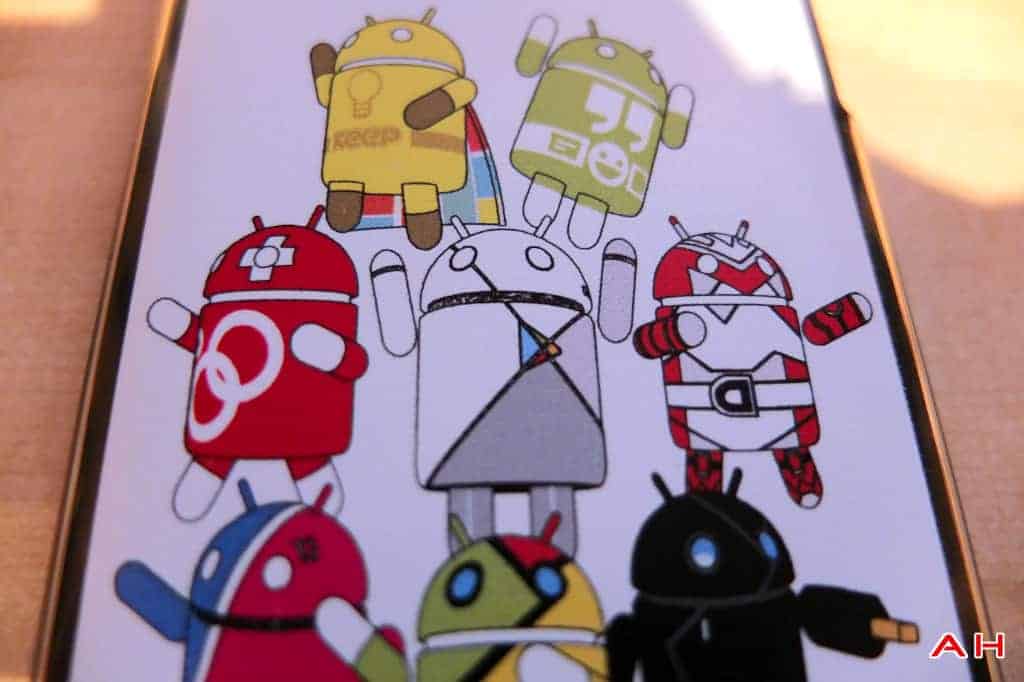 With the Nexus 5 now coming in a fetching red color, it seems that Google is getting a little more colorful when it comes to their Nexus line. Accessories have been available from Google for the Nexus line for some time now. Cruzerlite have been making Android-themed cases for a whole host of devices and they've had cases for the Nexus 5 ever since Google launched the thing. With a lot of choice out there, it's hard to choose a case for your Nexus 5, and I know what you're saying – the back is sooo grippy! I know, I know. However, when I came across this, the GoGo Bugdroid case for the Nexus 5, the inner Otaku inside of me couldn't resist, and so I snapped it up.

As far as "cases" go, this isn't going to offer much protection at all really. It's essentially a see-through plastic cover that snaps on to the back of your Nexus 5. The white patch covers the back and holds the design in place. There's not much of a lip protuding around either side either, so a case to protect your Nexus from everything this isn't. What this is however, is just pure fun. It's a great case if you're looking for something fun and simple. It's got a team of eight 'droids that wouldn't look out-of-place on TV Tokyo and each one of them is a major part of the Android ecosystem. With Google Play taking center stage there's Google+, GMail (my personal favorite), Chrome, Chromecast, Keep, Hangouts and there's even an I/O '13 'droid in the bottom left. If you're a fan of the Dead Zebra Android figures, then this will suit you great. The white could be considered a little feminine, but I can see why they didn't do a black version, there is a blue option, though.

You do lose the grip of the rear panel with this case on, but this isn't a super-slippy death trap, either. It's got a little grip of its own and it shouldn't slip out of your hands at all. At least, I haven't dropped in the fair while I've been using the case. If you like the look of this case – and who doesn't? – then you can buy it for your Nexus 5 over on Amazon, it also comes in blue and for devices like the Galaxy Note 3, too. You can take a look at some more shots of it in the gallery below, you'll have to excuse the shadow, macro shots aren't easy this close up.