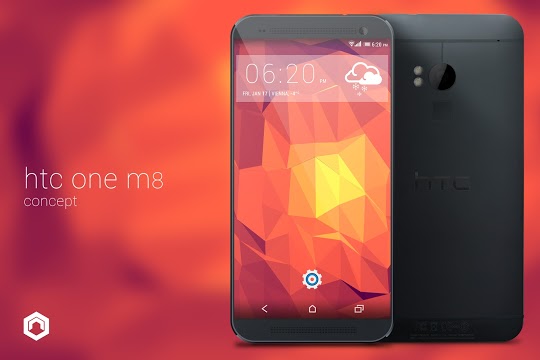 Just earlier this morning we reported on an image leaked by @evleaks showing of the HTC M8 wrapped up nicely in a protective case. We saw some of the same things that we had already seen in weeks past, like the new Blink Feed design and an updated Sense UI, and we also stated that we would probably begin to see plenty of more leaks before the phone is supposed to be unveiled towards the end of next month in New York. Well, here's the first leak after that statement just hours later, from none other than @evleaks. This time the leak is in regards to what we should be calling the HTC M8 from now on unless referring specifically to the codename, along with some available color options.

According to @evleaks tweet posted less than 45 minutes ago, the HTC M8 once it's launched will actually be named " The All New One", and not the HTC One+, or HTC One Two, like we previously had heard about before. We have to say that were rather glad about the HTC's decision to not call it the One Two. We're not too sure about "The All New One" either though. It's not bad, but it's not terribly imaginative. The last two flagships they had were named with the word "one" in the title, with the HTC One X, and last years HTC One. Somebody at HTC might have just been out of ideas, or rather they want to keep the name because it's recognizable by consumers. Whatever the case may be, @evleaks is a pretty reliable source when it comes to these things, so it's a safe bet that this will end up being the name once the phone gets released.

The other information in his tweet calls out to HTC's choice of colors for The All New One, and he states that device will be available in three different color options when launched. The colors that were settled on at HTC came down to Grey, Gold and Silver, so maybe HTC is going for a precious metals kind of color scheme here. The colors are still less of a concern to us though, as we're more intrigued with what caused the company to stay with the name that we've just learned about. What are your thoughts on the name? What about the colors? Is the name plain and simple, the best option they could have come up with? Perhaps HTC really feels it'll grab more attention and stands behind it with pride.

Forget HTC One+. Look for M8 to be called The All New One, in gray, silver, and gold.