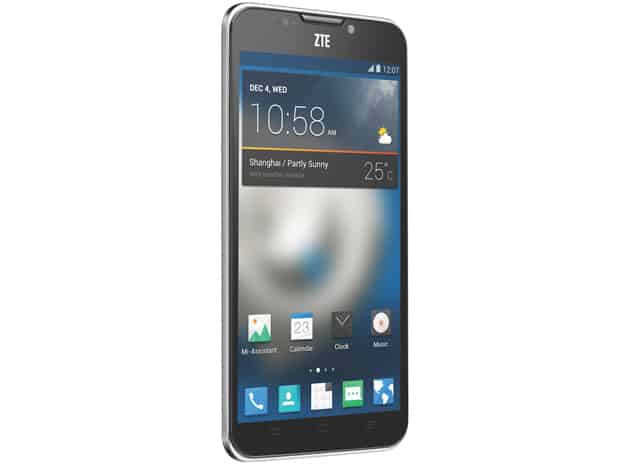 CES 2014 is officially under way, and the mobile news that we're likely to see has been flowing thick and fast, with Nvidia having already announced their latest Tegra processor, the Tegra K1 and Lenovo has recently just announced a giant Android machine. Taking things back to our pockets however, is ZTE with the Grand S II, which is yet another powerhouse for the Chinese company that has many of the right boxes ticked, with some added flare up its sleeve to boot. As you'd probably guess from the above image, the Grand S II is not a small device, at 5.5-inches, it's one of the larger smartphones available on the market but, its specs also reflect that. It's packing a quad-core Snapdragon 800, 2GB of RAM and features a Full HD resolution as well as 13-megapixel rear-facing camera and a 2-megapixel front-facing camera. These are good specs, for sure but, they're nothing amazing so, what is it that makes ZTE's Grand S II something special?

Well, much like the Moto X, the Grand S II is a great listener and can be unlocked through voice commands. However, it doesn't just listen to your voice, it can recognize more than one person's voice and as such, it can listen to other members of your family or your friends. Other commands include the ability to order a photo to be taken as well as the usual slew of hands-free car commands. It seems that software features is where ZTE hopes the Grand S II is going to stand out and we'd assume that these new abilities are part of the Mi-Assistant app that we've spied on the homescreen of the Grand S II. Needless to say, we'll have more information when the device is shown off on the show floor.

For those wondering whether or not the added listening abilities would adversely affect the battery life of the Grand S II, they'll be pleased to note that not only does ZTE's latest large smartphone feature a large 3,000 mAh battery but, the Snapdragon 800 is built for always-listening. So, there should be very little hit on the battery life of this big guy. There's no word yet on either price or availability but, as always, don't hold breath if you were hoping for this to launch in the US.