Ever since the critics made fun of the Samsung Galaxy Note's debut back in 2011, there has been an ongoing battle of just how large should a smartphone's screen grow until we call it either ridiculous or a Phablet. I doubt that even Samsung realized just how popular their Galaxy Note series would become…now up to its third rendition, the Note 3, but now every manufacturer wants to push the limits and test their own "Phablet" waters. ZTE is certainly such a company and just announced at the CES 2014 their latest – the ZTE Iconic Phablet, and CNet was there to check it out..

The Iconic Phablet has a screen size that matches the most famous Phablet, the Galaxy Note 3, at 5.7-inches, but that is where all similarity ends, as it sports only a 720p display resolution.  Running the show inside is a Qualcomm Snapdragon 400 dual-core processor running at 1.2GHz with 1GB of RAM and only 8GB of Internal Storage, but the optional microSD slot will help ease the pain.

The Iconic Phablet has an 8MP main camera and LED Flash with a meager 1MP Front Facing Camera (FFC) for video chatting and selfies.  Luckily it has a 3,200mAh battery which should give deceit battery life.  It has Bluetooth 4.0 LE support, and will offer LTE, CDMA, and EVDO support, but no GSM/EDGE or HSPA+ is to be found – possibly they will add a version for AT&T and T-Mobile. 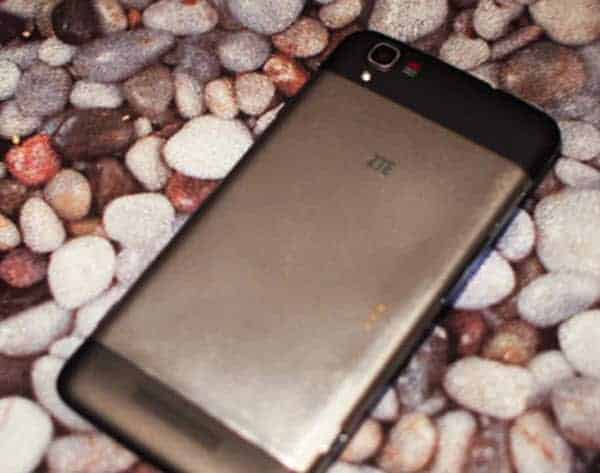 Even though this is "budget" type device, it is one of the nicest looking ZTE smartphones, in fact, it is rather premium in looks.  Aluminum is used for most of the back panel with matte plastic ribs along the top and bottom.  There is a trio of contacts on the back for wireless charging.

ZTE's MiFavor UI rides on top of only Android 4.1 Jelly Bean – already several upgrades behind Android 4.4 KitKat, and there was no word as to when the device will receive an upgrade.  The Iconic Phablet does support their split screen, where opening an app is as easy as dragging and dropping from a floating window.

Let us know on our Google+ Page what you think of the new ZTE Iconic Phablet – ZTE came loaded at this year's CES with a plethora of new devices to announce as the China based company steps up its presence in the U.S. market. No pricing or availability were announced, but it is most likely this will be coming to the U.S. as a mid-range alternative to someone on a budget that wants a Phablet style device – a growing and competitive field.