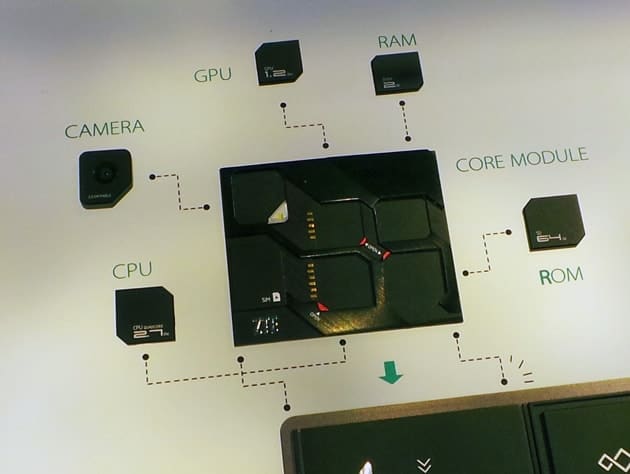 CES is always a great place to get a glace of what's coming to market in the coming years but, every so often there's someone showing off something that we won't be seeing for a very long time, indeed. As with Motorola's Project Ara and Phonebloks, ZTE's modular concept is something that's only theoretical right now, no matter how much they say otherwise. ZTE have been showing off their Eco-Mobius concept at CES 2014, and it's a pretty well thought modular concept but, that's all it can be for now. Essentially, ZTE's blueprint for the phone of the future involves blocks that magnetically attach to the back of your smartphone and are then secured away behind a back panel that could be made of anything at this point.

The concept is split into two different categories and as PC Mag have been finding out, there's more to the concept than just futuristic geekiness. As the name suggests, Eco-Mobius has great potential to deliver a "green" smartphone, something that has always been a goal of the mobile industry. With devices changing a lot every 12 – 18 months or so, there's a lot of waste out there and while sites like Swappa and eBay help people recycle their phones, it's clearly not good enough. So-called, eWaste, is one of the bigger threats to the environment of the 21st Century. If concepts such as these can help in the future, then we're all for it. 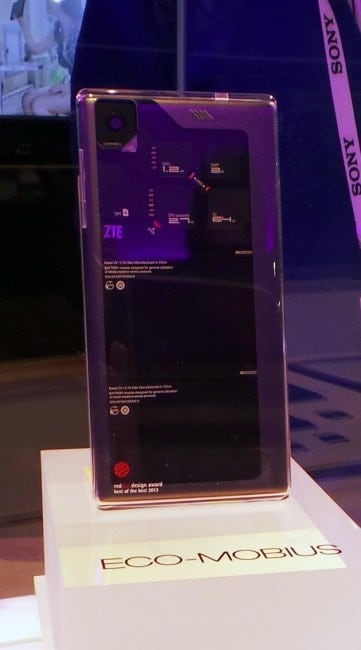 With Project Ara from Motorola focusing on being open and bringing the community in to help with the development of this new concept, you'd think that someone as big as ZTE would do something similar. That's not the case though, as for right now, Eco-Mobius will be something that ZTE work on themselves, without any outside help. We can't blame the company for such an approach but, without the help of others, traditional thinking concerning smartphone design and build might be difficult to question.

Being able to swap out that Snapdragon 600 and swap in an 800 is a long way off but, there's one aspect of the Eco-Mobius that's already here in some devices and could be the first step towards modular designs and that's batteries. ZTE's concept can use different sized batteries and with battery life being one of the biggest complaints of modern smartphones, having the option to choose a thicker device at the cost of better battery life is something I'm sure all of us would like to have.