Skip to content
Trusted By Millions
Independent, Expert Android News You Can Trust, Since 2010
Publishing More Android Than Anyone Else
32
Today
281
This Week
126
This Month
7478
This Year
117433
All Time Sony is starting to make waves in the Mobile industry, and they’re garnering a reputation for their devices. Their software, which is one of the less obtrusive skins out there, their water-proofing and dust-proofing, and their cameras; just to name a few, all have helped Sony develop something proud. Flexible displays and  – worse still – flexible frames, however, are not part of that list. However, it appears that some Xperia Z1’s are actually…bending. Their metal frames are being altered rather significantly, and it shows: 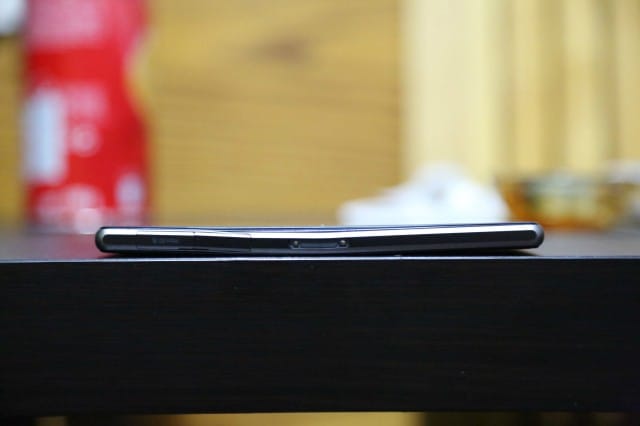 As you can see, there’s a pretty significant angle on that phone, and it seems to twist at the center of the device, as if it were a Samsung Galaxy Nexus. The circumstances surrounding the device’s fate are different in each case, but some common theme seems to be heat, from leaving it on a wireless charging dock to using it in in Africa in the hot part of the day.

Something that I would venture to say is more of a culprit than anything else is perhaps people sitting on it. People put their phones in their back pocket more than they might realize, and it’s plenty easy to sit on it while you’re out and about. That’s partially the reason why LG created the LG Flex. It literally flexes as pressure is applied to it, which prevents it from taking permanent damage from those who would prefer to sit with their phone in their back pocket.

That said, the Aluminum, high-quality frame of the Sony Xperia Z1 is not made to flex, nor adapt to pressure like that. It’s very possible that – while it could easily have been exposed to heat – the frame had to have come in contact with something that made it bend. Below is a gallery of all the images. What do you think happened? Has this happened to you? Let us know!