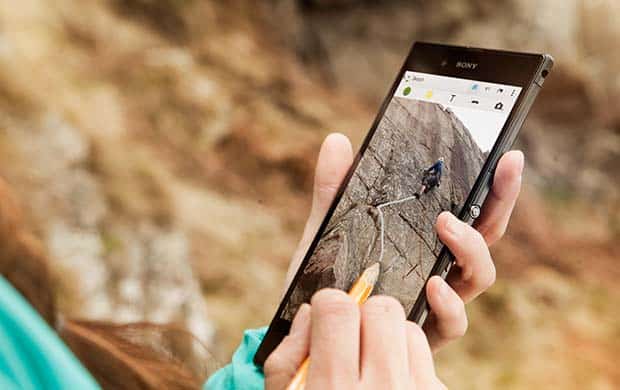 Sony was one of the few major handset manufacturers that debuted something new at CES. The Xperia Z1S is coming to T-Mobile, and the Xperia Z1 Compact is heading for international waters with almost identical specs to the Z1S. Sony is now offering a great device with a smaller screen size. Even though a 4.3-inch screen isn't necessarily all that small, it's still on the low-end of smartphone display size these days. On the other end, we have the massive Xperia Z Ultra. It's a 6.44-inch device that also has amazing specs. Some people feel that the Z Ultra is actually too big; that it falls in the tablet range and shouldn't be a smartphone at all. It does look pretty ridiculous to see someone making a phone call with that giant thing up to their head. If you like the Z Ultra but just want to use it as a tablet, Sony may have a Wi-Fi only Z Ultra variant in the works.

According to this Federal Communications Commission filing from last November, a Wi-Fi only Z Ultra is coming to the U.S. We haven't heard anything about this new version of the Z Ultra since we spotted the filing on the FCC website, until today. The Wi-Fi Z Ultra has now appeared on benchmarking site AnTuTu, so a release could be creeping up on us.

The Wi-Fi only Xperia Z Ultra is pretty much identical to the current LTE version, it just doesn't have the same radios. The Z Ultra has a 6.44-inch display with a 1920 x 1080 screen resolution. It's powered by a Qualcomm Snapdragon 800 SoC, 2 GB of RAM, and comes with 32 GB of internal storage. It has an 8-megapixel camera on the back and a 2-megapixel front facing shooter, and ships with Android 4.2 Jelly Bean.

We don't have any other details about this mysterious new Z Ultra variant. Typically, a Wi-Fi only version of a device is less expensive that a version with built-in cellular radios. The Z Ultra hasn't really found a place in consumer's hearts as a smartphone. Maybe it will find its niche as a tablet instead.