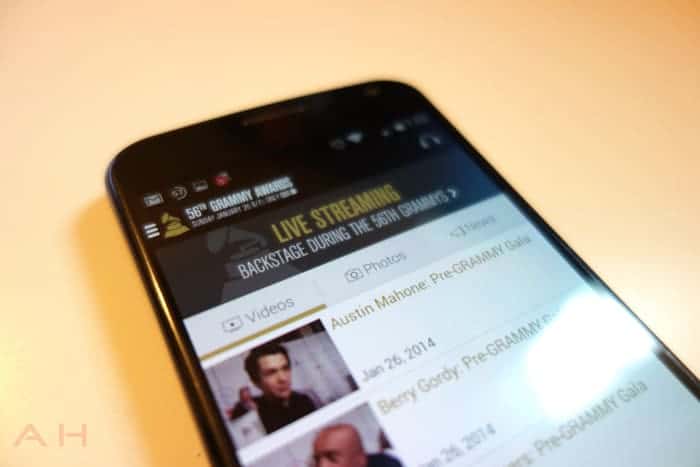 Tonight, the 56th Annual Grammy Awards are taking place. As with most things, there's now an official app (I'm sure there's one for iOS as well, although admittedly I haven't checked). The Grammy Awards are taking place from the Staples Center in Los Angeles, CA from 8-11pm ET. This is undoubtedly Music's biggest night of the year. There's also a ton of great performances tonight from LA, that you won't want to miss.

As usual with most shows, if you aren't able to watch it you can just follow along on Twitter and see what's going on. However, the Grammys app is probably a better way to follow along. You can tune into Grammy Live for live streaming coverage all day on January 26th including the Grammy red carpet. You'll also get the latest Grammy and music news with insider coverage and photos from their unparalleled access to VIP industry events. You'll also be able to discover exclusive performance and interview videos of a wide variety of artists. From the most legendary bands to hot emerging artists, and all of this is at your fingertips. Finally, you'll be able to stay up to speed with trending Twitter feeds from artists and fans, as well as joining in on the conversation. 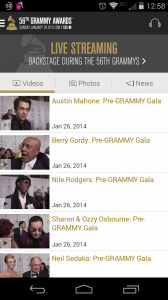 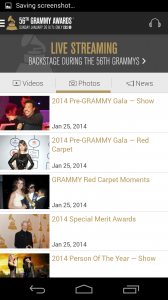 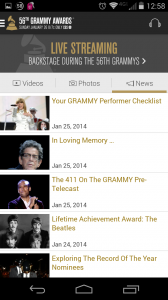 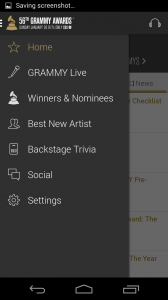 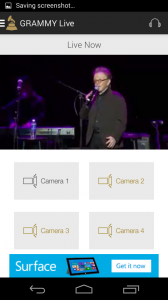 While the app does look pretty good, it doesn't work all that well. However it is usable. But if you find it unusable, you can always use their website, which appears to be offering the same content as their app. So if you're planning on watching the Grammy's tonight, be sure to download the app, or check out the website. It's also a great second screen experience, even if you are watching the awards show on TV. It all starts at 8pm ET/5pm PT.