Bigger is not always better, and unfortunately HTC proved that rule right last year when they finally came clean with the One Max. As the name suggests, this is simply a bigger version of the HTC One, it has the same Snapdragon 600 and 2GB of RAM and the same display resolution, too. The fingerprint reader is a nice addition, but it doesn't really add in all that much to make the overall experience any better and if anything, it's more a curiosity than it is anything else. For those that just need to have a bigger phone with some brilliant speakers, then the One Max is a good option, but it's not a great one, either. You can read our review here.

The HTC One Max is available from Amazon.

When Motorola announced the Moto G, it was more about emerging markets than it was anything else, but the device came to the States and still managed to impress us here. With a decent enough spec sheet and attention to detail where it matters, the Moto G is easily one of the best budget-minded Android smartphones out there. It's not got access to the Moto Maker which is unfortunate, but there are enough accessories on offer to make the Moto G your own. It's also one of the few devices available for less than $200 that is running the latest version of Android, KitKat.

You can buy the Moto G from Amazon.

These latest two Droids from Verizon and Motorola might not have appeared with the same sort of fanfare as previous iterations, but they're still pretty good options. That is, of course, if you're on Verizon. It's a shame that the Droid MAXX and Ultra are so different in the hand, with one feeling like an honest device and the other more like a slippery chunk of shiny plastic. Still, no matter what you think of their build, they're still great options for those on Verizon and now that Motorola is better on top of software updates, these devices might survive that little longer. Take a look at our review.

Both the Droid MAXX and the Droid Ultra are available from Amazon.

The company's return to form, the Moto X hasn't been the huge success story that Motorola and Google were hoping for, but it has put them back on the map, that's for sure. The Moto Maker is perhaps the biggest thing to happen to the mobile industry in a decade or so. Couple that with Motorola's approach to putting experience before raw figures and the Moto X is one hell of a device. It can't quite compete with the likes of the HTC One and Galaxy S4 in terms of specs, but this is Android for everyone and it's great. Our review is here.

You can buy the Moto X from Amazon. 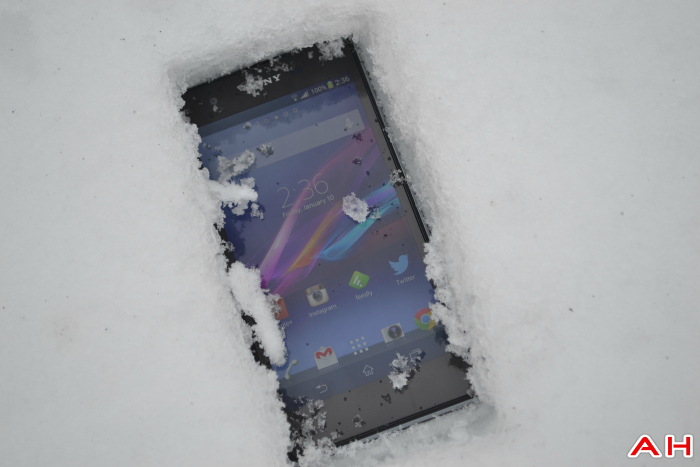 The Xperia Z1 S marks a timely return to the US Market, no longer is Sony bringing outdated devices to market and while this is just the beginning, it;s not a bad device to start with. This latest is a successor to the Xperia Z and it has a lot of the right boxes ticked. With a Snapdragon 800 and 2GB of RAM, it's among the fastest devices out there and with a 20.7-megapixel camera, the Xperia Z1 S is one powerhouse of a device. Overall though, Sony can't seem to bring these great features together in a coherent package. The display is still an issue here and the camera doesn't live up to either its own promises, or Sony's prowess in the imaging sector. It's a great phone, it's just a shame that Sony couldn't have better pulled it all together. The Xperia Z1 S is available from T-Mobile and you can check out our review for more.

The trouble with being at the top, is that it's hard to keep on going better and going further. The Galaxy S4 is, to some extent, an example of that as it follows very much in the shadow of the immensely successful Galaxy S III before it. While the Galaxy S4 is very similar to its predecessor, Samsung did put some effort into the software and the internals of the device. The Snapdragon 600 is a big upgrade over the dual-core Snapdragon S4 in the Galaxy S III and there are no complaints about another great Super AMOLED display. In the nest few months, we're bound to see what's next from Samsung and hopefully it'll be big improvement. Our review of the Galaxy S4 can be found here.

The Galaxy S4 is available on Amazon.

Easily the best phone HTC has ever made, the HTC One was an important device for the ailing manufacturer. It showed the world that HTC isn't out of the running when it comes to being considered a top-tier manufacturer and while it got off to a rocky start, it's been something of a success for HTC. With a great build, good-looks and an excellent display, the HTC One is still today a great phone. If HTC can keep up their promises when it comes to better software updates, the One will continue to be a great phone throughout this year. With a successor in the works, it's going to be interesting to see how HTC can beat what they've done with the One. Our HTC One Review is here.

Buy the HTC One from Amazon.

LG's G2 was a really good phone, that launched with awkward timing. Unfortunately for LG, by the time they launched their latest and greatest, everyone had already bought a new phone. Those that have a G2 however, swear by theirs and for good reason. With a Snapdragon 800, a 5.2-inch display that looks great, the G2 was one of the best devices of 2013. LG have things to work on though, like their somewhat overwrought software and build materials but, the G2 was an overall very capable device that speed freaks will still love throughout 2014. Check out review here.

Buy the G2 on Amazon.

The Nexus 5 is available from the Google Play Store.

It's a tough call between this and the Nexus 5, but while the Galaxy Note 3's size might be pretty awkward for a lot of users, its software is perhaps a little more friendly to new Android users. That and well, there's not that much the Galaxy Note 3 can't do. With updates to Android 4.4 rolling out in some parts of the world, the Galaxy Note 3 is only getting better and Samsung even addressed some of the build quality concerns with a tweaked design. The S-Pen is even better here with features such as Air Command making things much easier to use and the overall package is one of the best devices that Android has to offer.

Trusted By Millions
Independent, Expert Android News You Can Trust, Since 2010
Publishing More Android Than Anyone Else
3
Today
58
This Week
305
This Month
953
This Year
102433
All Time
Advertisement