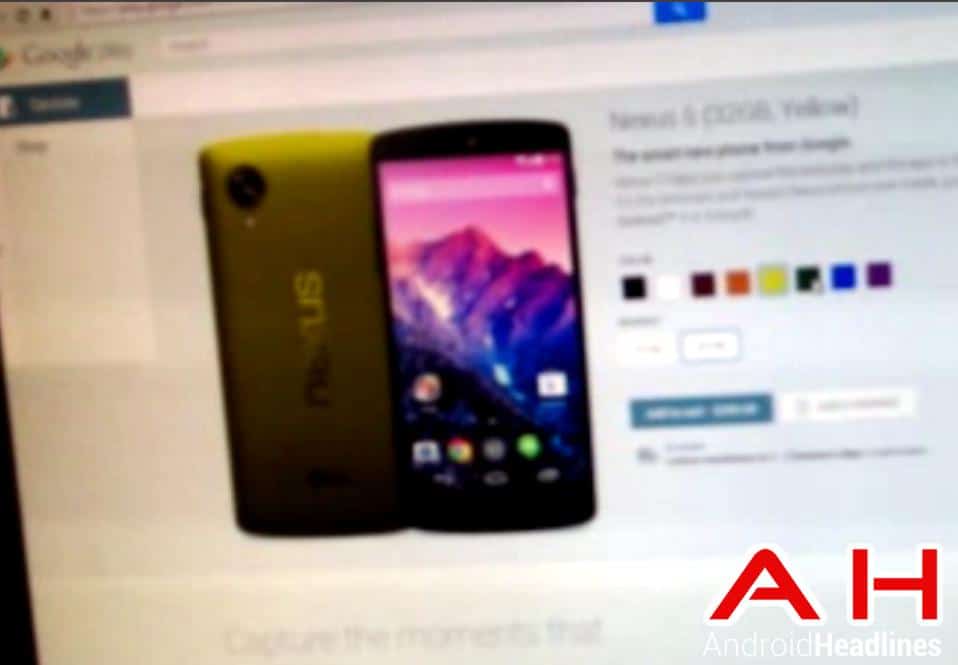 The Nexus 5 has been out since October 31st of last year, and since it's release it's been one of the the hottest new devices. Google had continued to offer up a killer device for an insanely low cost, especially when compared to other rival devices with similar specs from different manufacturers. Upon release, and currently still, the Nexus 5 comes in two different flavors, and is offered in two different size variants. You can currently pick up a Nexus 5 in either Black or White, and you can grab either color with a storage space choice of 16GB or 32GB. Not only was the device two colors like the previous Nexus phone, but it came with better specs(naturally) and a larger face. It also marked the first Nexus device to be offered in a 32GB model.

You'd think that by this time everyone would be done talking about the Nexus 5, or at the least all the buzz would have died down. In any other case you'd be right. However it seems that someone has sent in a video to the popular website phonearena, that displays someone clicking on the screen of the Nexus 5 device purchase page, clicking through different color options that aren't currently available. It would seem according to the video, that Google is preparing to launch new color variations of the popular Nexus 5 device, although there is not much else to go on other than the fact that we can see them clearly choosing the different color options on the webpage. There has been no official announcements from Google about new colors other than the already available Black and White options, but it would be another first for the "search" company in the Nexus line if they offered more than your standard Black and white colors.

If you watch the video which is only about 10-15 seconds long, you can see that they go through each additional new color and that the color of the Nexus 5 image changes to match each color when selected. The colors that look like could be a potential future set of options for Nexus 5 buyers, are Red, Orange, Yellow, Green, Blue, and Purple.  Now, before we all go and get too excited, there is no way to confirm that this video is completely legitimate. However it does seem to look rather sketchy and could be a photoshop. I suppose we'll just have to wait until more information on this comes to light.