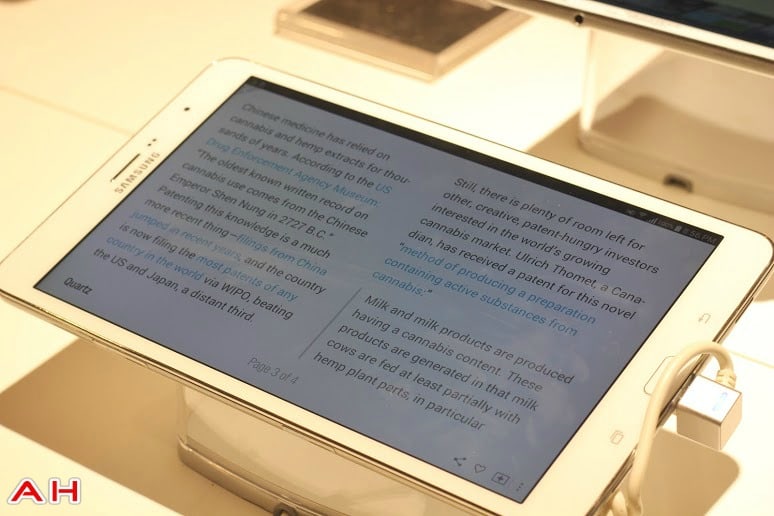 As if Samsung could be any more busy with all of its device releases. It would seem that they are always pushing out more "Galaxy" versions than we can shake a stick at these days. With the incredible popularity of their Samsung Galaxy S Series, Tab Series and Note Series, the electronics and mobile device giant has been on a roll. So, it should come as no surprise that there has been news of three new device models sent to India for testing.

You heard me right. Not one, not two, but three devices. It would seem that the Bluetooth SIG, a not-for-profit organization that gives oversight on Bluetooth standards and licensing of the Bluetooth tech, recently approved a Samsung Model SM-T531. Interestingly enough, the same model number is listed on Zauba's list of products that are imported into India. That model number accompanies two other Samsung Models, the SM-T530 and a Samsung SM-T535. The information on these tablets isn't too much beyond their screen sizes which you can reference below, but note these are in the same model number style as the Galaxy Tab Pro 10.1. One can only speculate what these devices differences from the Galaxy Tab Pro series will be. Only time will tell.

For now though, if you reference the above existing information from Zauba , it shows that the SM-T530 is an 8-inch tablet, the SM T-531 is a 10.1-inch screen tablet and the SM-T535 is yet another 8-inch screen tablet. Its hard to say what based on the above information but I am thinking these will be the next iteration of Galaxy Tab Pro series. I, for one, can't wait to see what new information comes about. Stay tuned to Android Headlines for more information as it becomes available.