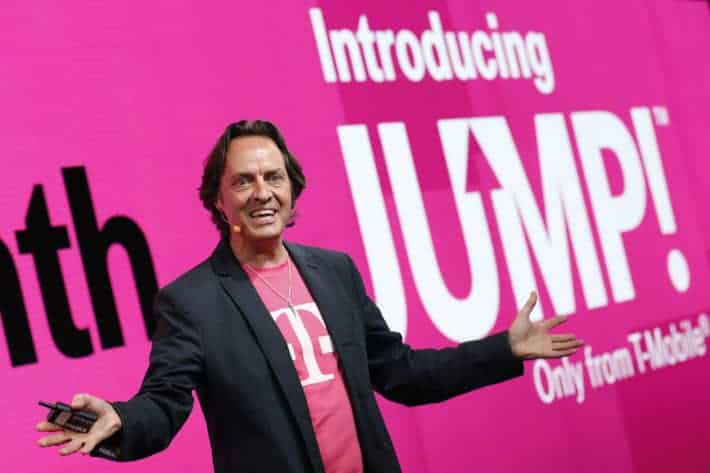 On Friday, AT&T announced their new initiative to attempt to get T-Mobile customers back on AT&T. Now, we knew that T-Mobile's CEO, the very outspoken John Legere wasn't going to stay quiet about that. John Legere just posted a message on his Twitter account, which was retweeted by numerous T-Mobile accounts. In the tweet, Legere calls out AT&T's CEO and the company itself. The tweet read "#Randall – you gave us cash & spectrum AND we took your customers with #Uncarrier moves, do you really think you can buy them back?" Of course referring to the announcement AT&T made this morning, which we covered.

Many of us think that AT&T announced that initiative because rumors have been flying around that Uncarrier 4.0 at CES is going to be about T-Mobile offering to pay your ETF to switch over to T-Mobile. Now if that's true, then T-Mobile must really be making their competitors scared. Which as a consumer in this industry it's a great thing. We want more competition in the wireless industry, and we haven't seen much of that lately. At least before John Legere took over as CEO at T-Mobile we didn't.

T-Mobile's CEO added more to the flames, in an email conversation with Re/Code. Legere said "This is a desperate move by AT&T on the heels of what must have been a terrible Q4 and holiday for them, " he went on to say "Consumers won't be fooled…. nothing has changed, customers will still feel the same old pain that AT&T is famous for. Just wait until CES to hear what pain points we are eliminating next. The competition is going to be toast."

Here at Android Headlines, we love both AT&T and T-Mobile, but it's hard not to laugh a bit at the responses John Legere makes on Twitter to his competitors, whether you're a T-Mobile fan or subscriber or not. How many of you are enjoying John Legere as CEO of T-Mobile?