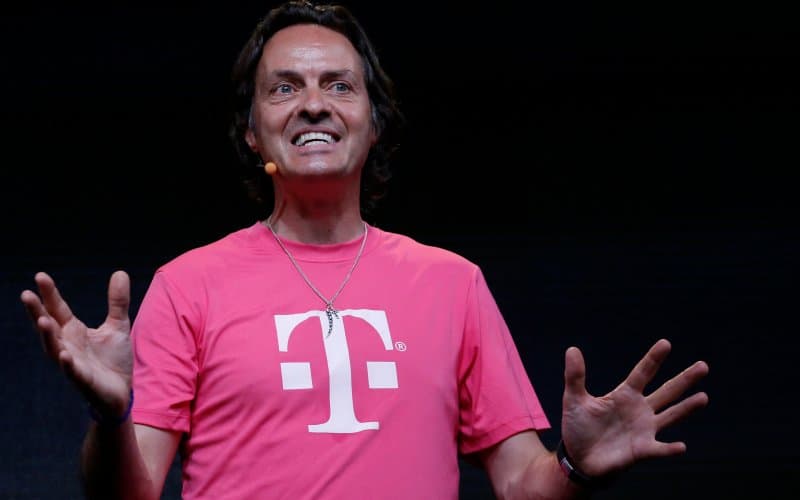 Looks like T-Mobile CEO, John Legere, will get his Macklemore and Ryan Lewis concert after all. You may remember last week, news broke that AT&T kicked John Legere out of their after-party in Las Vegas, where Macklemore was performing. Legere stated he was just there to see Macklemore perform, even if that may not have been the entire reason why he was there. A couple days later, T-Mobile held their annual CES press conference, where Legere actually came out and spoke about what happened a few nights ago at that party. And he basically said he just wanted to hear Macklemore. Of course, he walked up on stage at his own press conference to Macklemore's music. In fact, he was at the party with one of his favorite journalists from CNET, Roger Cheng, and he gave him a T-Shirt that says "I only came to hear Macklemore". Which was pretty awesome too.

Now John Legere is following that whole week up with something even better. T-Mobile is hosting a Macklemore concert at the Belasco Theater in Los Angeles on January 23rd. With tickets going on sale tomorrow, January 17th. Legere said "My appreciation for Macklemore and Ryan Lewis seems to be the worst-kept secret in the social hemisphere". Which is true. Especially after CES, we all know how much Legere appreciates Macklemore and Ryan Lewis.

T-Mobile is basically sponsoring a special performance by Macklemore and Ryan Lewis for 1400 Los Angeles are fans. And I'm sure it's going to be a great concert, even if it is in a rather small theater with only a few fans there. I'd definitely love to go. Maybe T-Mobile could send us over some tickets?

How many of you would love to go to this concert that T-Mobile and Macklemore are sponsoring? Let us know in the comments below.