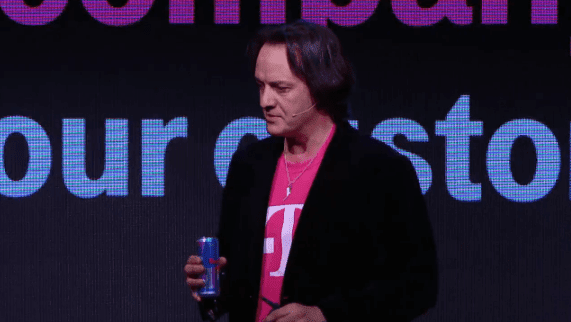 T-Mobile hit the stage at CES 2014, with what they called "Uncarrier 4.0", and rumors were confirmed. T-Mobile will be paying the cancellation fees for families switching to the carrier from AT&T, Verizon and Sprint. The part that was unclear in the rumors, was how much they will pay for you to switch, turns out it will be $350 per line. The only question left to ask is, where will that money come from?

The announcements from T-Mobile included new devices like the LG G Flex, Sony Xperia Z1 S, and the Samsung Galaxy Tab 3. They also threw in that according to real customer tests, and Speedtest.net, T-Mobile has the fastest 4G LTE network in the US. According to T-Mobile, they cover over 209 Million people in 273 metro areas. All of that is great news, though they should be improving the variety on their store shelves, and network claims are great and all, but the biggest news was the early termination fees are going to be covered for families switching to the "uncarrier".

In order to qualify for the option, you must have a family plan, sign up for new service, trade in your old phones and send T-Mobile your final bill from the carrier you came from. When you turn in your old device, you will receive up to $300 for the old phone. Once you have completed all steps, T-Mobile will pay up to $350 per line brought over, to be cancelled from your old carrier. T-Mobile hopes this will help ease the pain of switching over, but that may bring a lot of people, and that's a lot of dollar signs going out, where will T-Mobile get that cash? 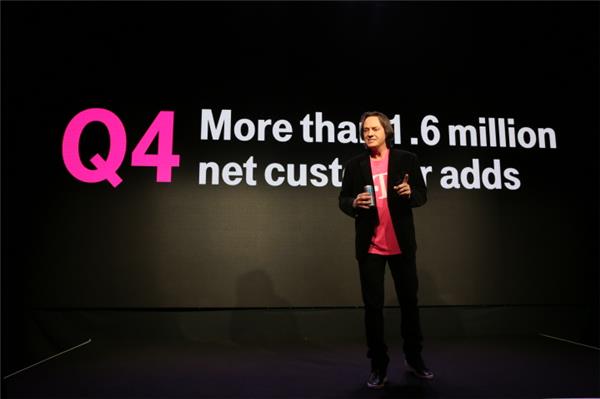 CNET had a sit down with some executives from T-Mobile and asked that very question. Attending to the answer was Chief Marketing Officer, Mike Sievert, Chief Technology Officer, Neville Ray, and Chief Financial Officer, Braxton Carter. They hit many points during the interview, and brought people down to the reality of the offer. They wanted to make sure we knew, they will take a hit in the beginning, and they are prepared for it, but in the long run it will be paid back in full and then some.

The idea of the long run makes sense, as long as they can hold onto the customers who switch, T-Mobile CEO even made a joke about this. Legere said during the conference that people could leave their current provider and come to T-Mobile, where the cancellation fees will be covered, and then if they didn't like T-Mobile, could just go back to AT&T and get that $450 offered for leaving T-Mobile. Still, if they keep the customers fine, long run pays off got it, but what about the short-term in the beginning?

The execs agreed that many people see the $350 per line offer and think they will be paying that for every person of every family who switches, but that may not be the case. In-fact, they said that in reality, they may only end up paying about $150 or less per line. Which is a much more attainable number, not to mention one of the requirements of the program, is you need to trade in your old phone. Those devices may be refurbished and resold on their own network, which brings in some cash through the back door, and very well may cover the upfront loss T-Mobile may feel.

Overall, the idea will work out will according to T-Mobile execs, it will just take some time to see how well things work out for the company. If all that's not enough to get you to switch, how about breaking up with your old carrier in the worst possible way? By letter.