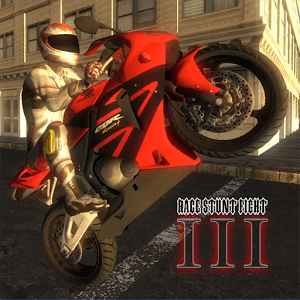 Description: Race Stunt Fight 3 is a racing game for Android that brings high-octane action and high-quality 3D graphics to your smartphone or tablet. There are 40+ characters, the ability to use different bikes and a whole host of weapons. Unlike traditional racing games, this third installment of the series sees you win by performing stunts and dispatching your opponents on the track. Speaking of tracks, there are nine new levels in this latest game, as well as a multiplayer mode, too. Does all of this add up to a good game? Read on to find out.

How it Works: First of all, you'll need to download the game from the Play Store and then you're ready to race. Select a rider, a weapon and a bike and you're good to go. 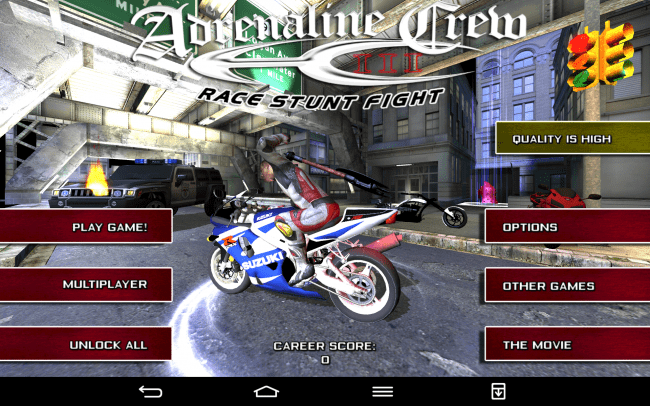 For those first time riders, or those that haven't played the previous games, controls are explained before you hit the tarmac. 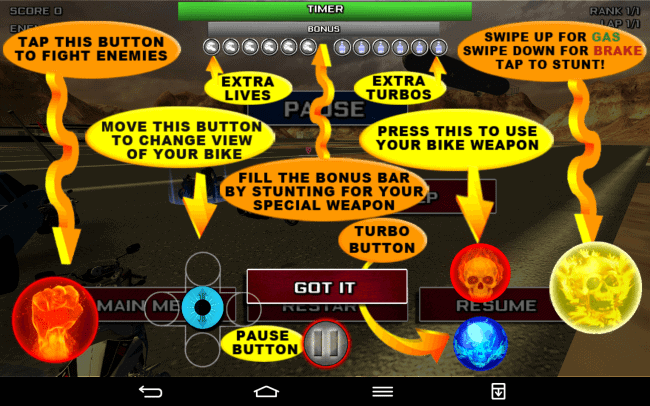 Unlike other games, speed is not enough in Race Stunt Fight 3, instead stunts will get you ahead and affect your score as well. 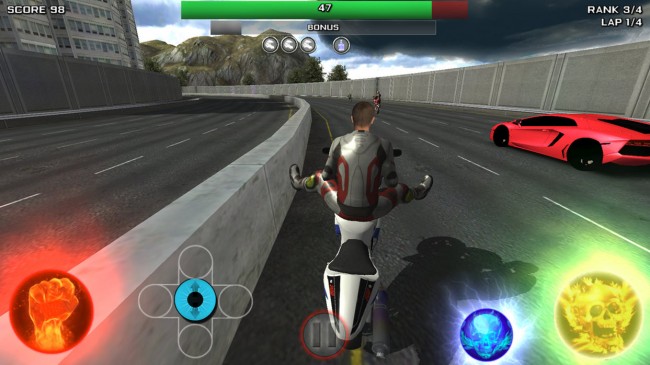 Of course, as the title suggests, taking out your enemies is a big part of things and you'll have to be aggressive in order to come out on top. 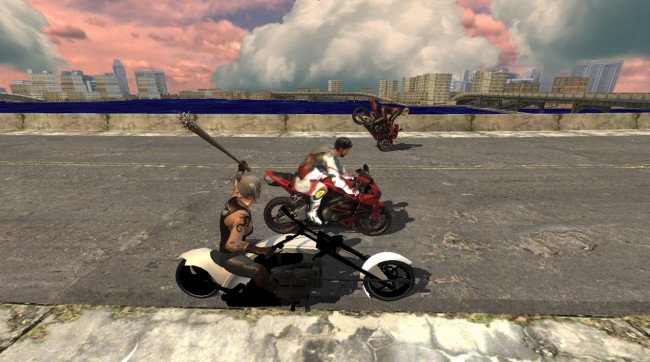 Opinion: Race Stunt Fight 3 reminds me an awful lot of the popular Burnout series that's been played on consoles for years now. It's just like my favorite Burnout game, Takedown. Except, this time you're riding bikes and the physicality is all very real thanks to some pretty cool weapons. A game for children, this isn't, but then again it's not trying to be. Rather, I'd say that this is something for motorbike and stunt lovers who're looking for an arcade gaming experience. The graphics are really quite good, with the human animations standing out the best – even if they can seem a little robotic – and the music also adds atmosphere to the game. Getting used to the tilt controls can be a little fiddly as they don't seem all that sensitive, but overall the control scheme is workable and I didn't have too many issues.

Conclusion: Race Stunt Fight 3 is a game that only bikers, metalheads can truly love however, casual users could find the game a lot of fun as well. As it stands though, it's clear that the game was developed with a certain audience in mind, and there's nothing wrong with that. The arcade action is pleasant on the whole and there's something to be said of its high-quality and unique graphics, which really help create a good-looking experience. Stunts look fluid as they're performed by the different bikers and the soundtrack at work is a lot of fun, too.