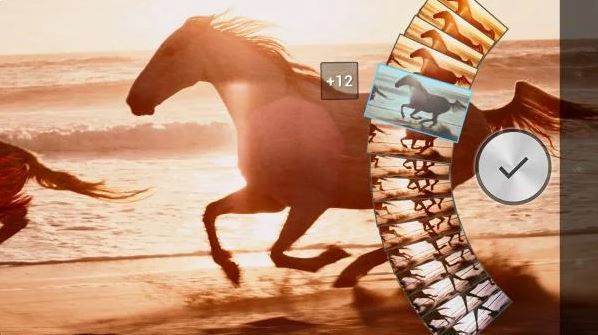 Sony's Xperia Z1 smartphone has plenty of noteworthy photography features, but today we're talking about just one: Timeshift Burst. Those who own an Xperia Z1 likely already know what Timeshift Burst is all about, but for those who aren't in the know, it's a camera app that allows the user to snap a total of 61 frames in just about two seconds. It's a nifty feature to be sure, and today Sony is bringing the app to the Google Play Store. Unfortunately, this won't be as awesome as it sounds for most Android users out there. You'll still need a compatible device like the Xperia Z1 or the Xperia Z1s to download it, so everyone else is sadly left out in the cold this time around. With this move, we're seeing Sony take a page out of Motorola's book, putting smartphone-specific apps up on the Play Store in an effort to make the update process easier and quicker. For consumers who own the Xperia Z1 or Z1s, this is good news, but for the sea of Android users on a different device, it's somewhat inconsequential.

However, this does have encouraging implications for all of us, regardless of which device we use every day. It would be great to see more companies begin to follow Motorola and Sony's lead by putting their own apps up on the Play Store, even if it's just to expedite the update delivery process. You'd be hard pressed to find a person who complains about receiving updates faster than they did before, after all. One of the Xperia Z1's top-billed features is its 20.7 megapixel camera, which of course complemented by a number of camera apps. Out of all them, we have to say that Timeshift Burst certainly seems like one of the most interesting. The ability to capture 61 frames in two ticks of the second hand is something that a lot of people can benefit from, as it greatly increases your chances of snapping at least one usable shot. The app is up on the Play Store now if you'd like to have a look, but given the exclusivity of Timeshift Burst, we doubt many people will actually have a reason to download it.http://youtu.be/dsf0uK1SaBs