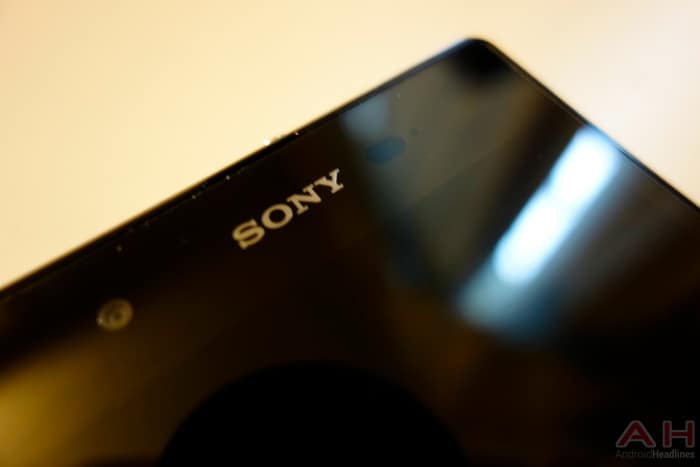 We’ve seen a lot of leaks for the Sony Sirius D6503, which is assumed to be the Xperia Z2.  Although we thought we last saw the interface yesterday, it appears that’s for another new Xperia model that’s running Android 4.3 Jelly Bean.  The Xperia Z2 is running Android 4.4.2 KitKat, and now we’ve got screens of that build today.  To say the leaker has gone through a lot of trouble to explain nearly every new feature in the Xperia Z2 is an understatement, as the leak looks almost more like a product review than a regular leak.  Let’s dive in, shall we? 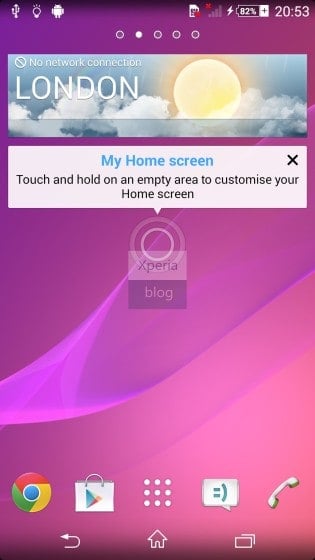 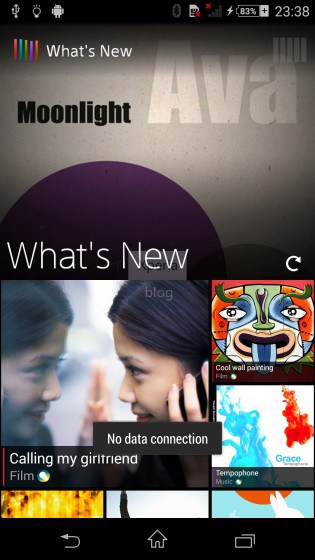 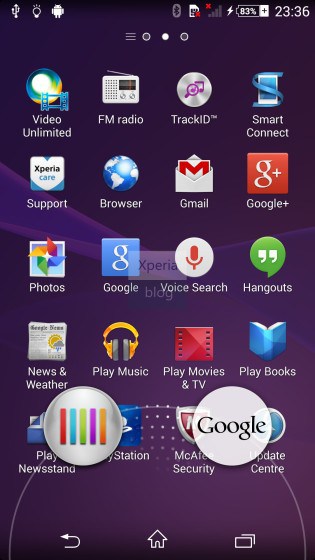 First up we’ve got the home launcher here, which largely seems unchanged from the Xperia Z1.  Notable are the transparent notification and navigation bars on top and bottom that are part of the Android 4.4 KitKat update.  You’ll notice a new icon when swiping up from the software home button though, and that’s something new called “What’s New,” which appears to be Sony’s answer to HTC’s BlinkFeed or Samsung’s My Magazine.  What’s nice is that unlike Samsung’s swipe-up-from-home shortcut for My Magazine, Sony has kept the Google Now shortcut here too. 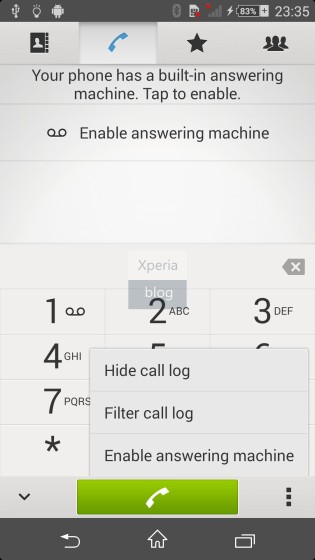 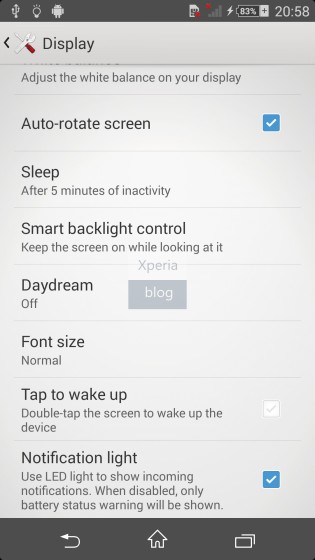 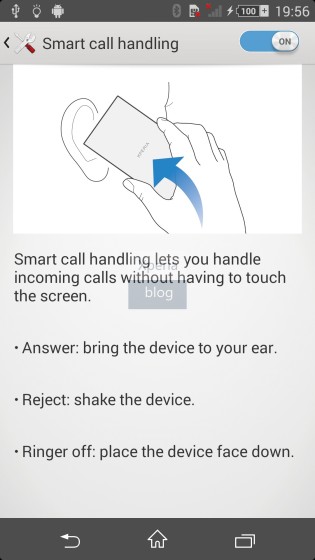 There’s some interesting new call features in the Xperia Z2 as well.  The dialer now includes an answering machine feature so that you don’t have to send the call to voicemail, rather it looks as if it might be stored locally on your phone now instead.  There’s also a new “Smart call handling” feature that lets you answer a call by bringing it up to your ear instead of swiping to answer. 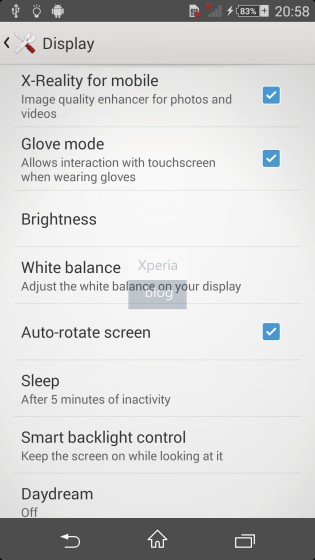 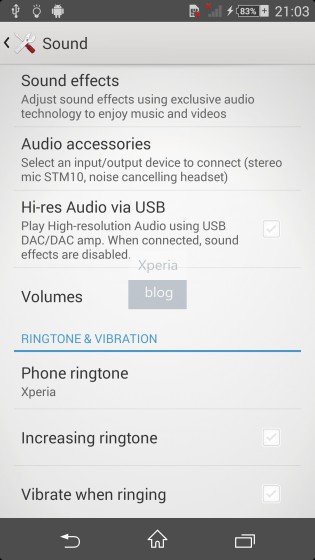 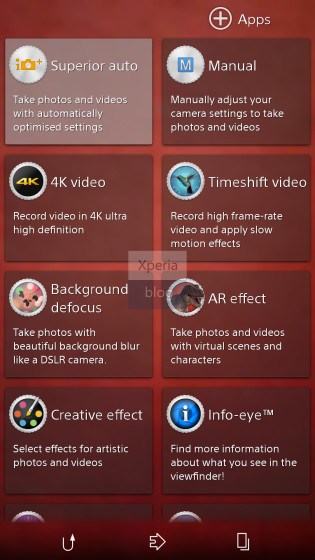 Last but not least are lots and lots of additions to the UI in terms of features.  Sony appears to be attempting to rival Samsung in terms of sheer features, and it looks like it stuck with the ones that people actually use more often.  LG’s amazing Knock On feature from the G2 appears to have made its way over to the Xperia Z2, letting you wake the device with a double tap of the screen rather than pressing the power button every time.  We also can see the inclusion of 4K recording on the Xperia Z2, as well as Timeshift, which appears to be a slow/fast motion mode like you would find on the Galaxy Note 2/3/S4.  You’ll also notice Sony has added a “glove mode,” which like many of Samsung’s phones now allow you to use the phone even with gloves on, which indicates a much more sensitive digitizer than Sony has used in the past.  Sony is also pushing a new “high res audio” mode through USB, which should be able to connect to any of Sony’s high res audio headphones.

Overall this seems like an incredibly solid update, and we can only hope many of these features make their way to the Xperia Z1 with the KitKat update that’s coming soon.  We’re expecting the Xperia Z2 somewhere around May, as that’s when the first Snapdragon 805 devices will be launching, but don’t hold us to that until there’s an official date!  Check out the source link for the full UI breakdown.