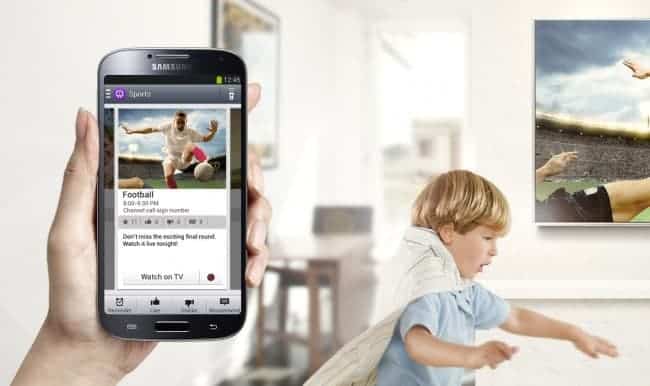 With all this talk that Samsung is taking their touch on Android in a new direction – perhaps at the request of Google – it's going to be interesting to see what happens to some of Samsung's more prominent applications and features. One of those is the WatchON app that allows Samsung devices to connect to Smart TVs and basically makes for the all-in-one entertainment app. It's not just a glorified TV guide, it makes getting content on the big screen from the palm of your hand that much easier. Samsung users will no doubt know what I'm talking about here, and it looks as if it's going to be getting a sizable update debuting with the Galaxy S5.

SamMobile has been passed some screenshots of an updated WatchON app that's been recovered from a software dump of a Samsung phone with the model number of SM-G900H. There's no telling whether or not that device is in fact the Galaxy S5 or not, but what is for sure is that we're in store for some significant software changes this year. WatchOn has changed quite a bit in the leaked screenshots and looks like an app that wouldn't look entirely out-of-place on a Nexus or any other stock Android device. The chrome has been flattened and everything has a much cleaner look to it. It's not a massive change, but it certainly makes an impression.

The WatchON leak comes after what could be new homescreens designs from Samsung that better promote Google services and tone down TocuhWiz. Many have been calling for a redesign of TouchWiz for some time now, or at least a "refinement" and we can't disagree with them. Samsung offers some excellent features within TouchWiz but now, it's gotten too bloated and seems to get in the way more than it does give users help. Hopefully, these redesigned apps and a fresh TouchWiz UI could make for a leaner, Samsung experience going into 2014. 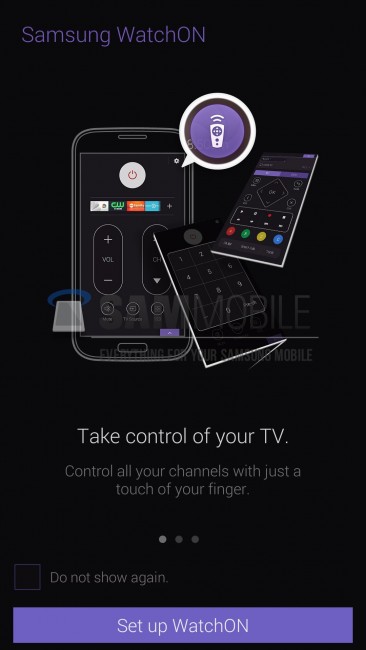