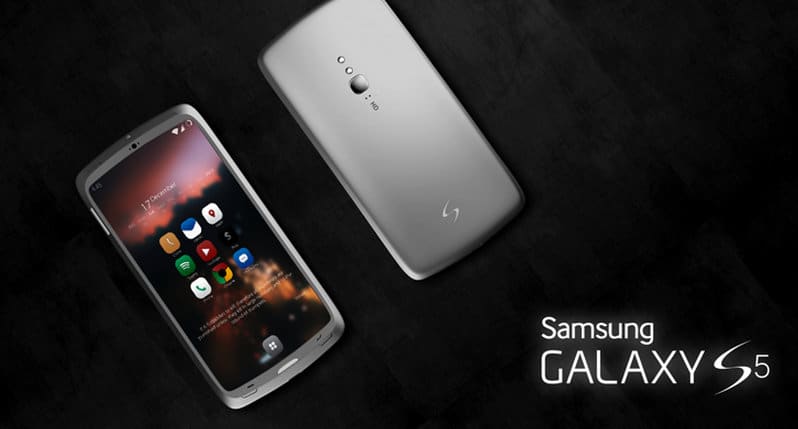 Samsung's latest and greatest is surely coming later this year and so far, we've already heard a lot about it. This recent batch of rumors, which seems to come from a fairly reliable source details just when we should expect the Galaxy S5 to hit shelves so that we can all get our hands on one. Bloomberg recently got to spend a little time with Samsung's Vice President of Mobile, Lee Young Hee, and he had the following to say concerning the Galaxy S5:

"We've been announcing our first flagship model in the first half of each year, around March and April, and we are still targeting for release around that time. When we release our S5 device, you can also expect a Gear successor with more advanced functions, and the bulky design will also be improved."

The release date concerning the next big thing from Samsung is hardly surprising at all but, to hear it from the horse's mouth is nice after all these rumors. A new Galaxy Gear is hardly surprising either, as the Gear didn't really live up to the promise that Samsung hoped it would do. When we reviewed the Gear we saw that it had a lot of potential but, didn't really excel at one of the big things a smartwatch needs to do; notifications. So, a refined model to compete better with the likes of the Qualcomm Toq and the Pebble Steel will be a focus of Samsung's.

As for the inclusion of eye-scanning technology, this is where things get a little more interesting. There's nothing out there that suggests Samsung is actively pursuing the use of such a technology but, it's not as if Samsung couldn't make it happen, either. Ever since the Galaxy S III the company has shown that they can leverage sensors to look for the eye and we expect that eye-scanning technology has already been on their minds for some time now. The design for the Galaxy S5 – which is said to be considerably different from the Galaxy S4 – is probably already finalized at this point and so, changing the sensors inside might be tricky. However, Samsung could introduce some from of eye-scanning using a high-resolution front-facing camera, if they were really serious of including it but, as always only time will tell.

So far, we're expecting great things from the Galaxy S5, such as its much-rumored 2K display at a whopping 2560 x 1440 along with 3GB of RAM and possibly the next generation of Exynos processors. Samsung fans will no doubt be very excited at the prospect of yet another great revamp of the Galaxy S line so, sound off in the comments an over on our Google+ page.