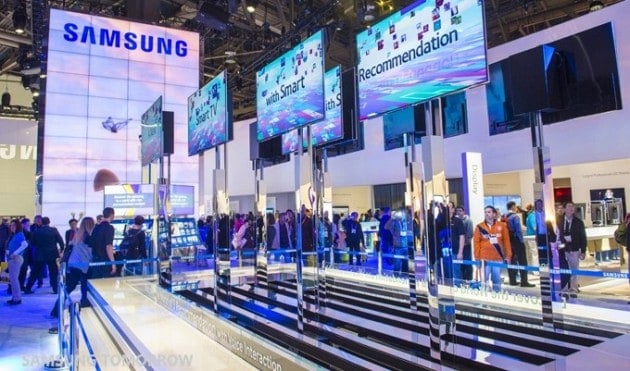 Some may remember a made for television movie, about a boy who wins a "smart house," complete with holographic UI. The house had ways to grab the morning paper, deliver foods and beverages amongst many other things. Now we may not have that sort of technology available to the public, yet, but Samsung is bringing us a lot closer this year at CES 2014. Samsung will be showing off a new that will allow you to control many devices, lighting and other electronics in your home, from either your Gear or smartphones.

Some of this technology has been seen before from service providers such as Comcast, or AT&T, but Samsung is planning on launching a "New Era" of the "Smart Home". The parts that we have seen before are things like turning on and off your lights, or televisions, and that is included in Samsung's new app that will control it all. Though they have added some odd things like the refrigerator or your digital cameras.

The one app being called Samsung Smart Home, clever name, will house three main services; "Device control, Home View and Smart Customer." The app will work through a cloud based server, and so all the devices you wish to control will need to be able to access that cloud as well. Once all devices have been connected, you can use the app straight from your smart phone, or if you choose, Galaxy Gear using voice commands. One such voice command, for example, is "good night", which will turn off the Smart TV, as well as dim the lights gradually until off. There are sure to be more voice commands, and there will be others at launch as well, though still none that will make you a sandwich. 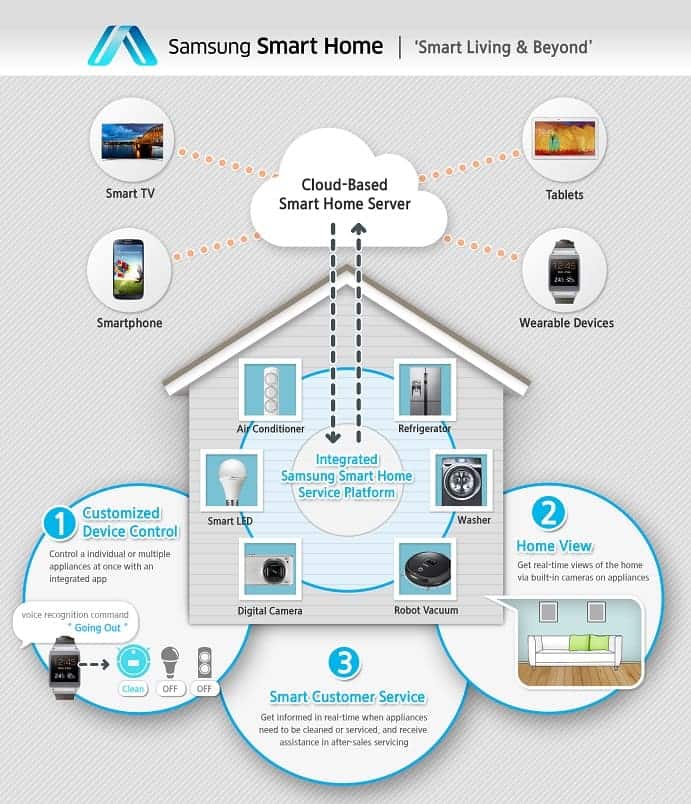 Another important feature of this new service by Samsung, is they call, " Smart Home software protocol." Giving other manufacturers and companies the ability to connect to this service, which in turn will give you options. Lets dig deeper into that statement.

In the beginning, Samsung will be selling most of the devices that will take full advantage of the Smart Home app. For the most part, they already do, like Smart TV's, and smartphones, but Samsung wants this to expand into that Smart House movie from our childhood. To reach that goal, Samsung has no problem allowing third-party manufacturers to take a bite from the pie, at least until they manufacture those devices and service themselves. However, there is too much for them to cover with the plans that they have.

Samsung plans for the service to "expand" over the next few years, covering everything from "home-energy, secure home access, health care, and eco home applications…"That, for the most part is where the third parties will come in, for now. Turning this new venture into a win win and win, everyone seems to win here.

Samsung has a lot planned for CES 2014, rumor has it, and this is only proof of big things to come. How many devices do you currently have in your home, that would easily connect to this Samsung service, as of reading this? Or will you have to run to the local store and almost do a redesign of your house to get the most out of this service?