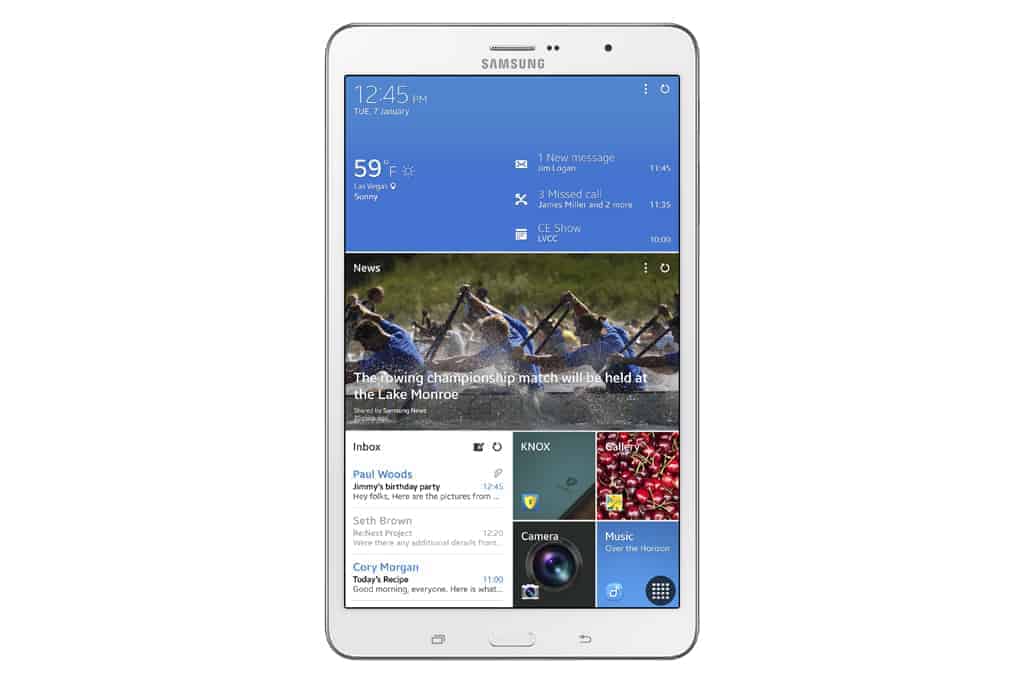 Samsung is on stage right now showing off their latest lineup of tablets, and this time they are getting serious about premium tablets. Over the past 2 years the Galaxy Tab line of tablets has slowly turned into a more budget-range of tablets, forgoing what seemed like Samsung's plans to directly compete with Apple on premium tablets. Samsung launched the Galaxy Note range of tablets alongside the Galaxy Note II in 2012, and expanded that with the Note 8.0 and Note 10.1 2014 Edition last year. Along with the Note 12.2 announcement today, Samsung is here to show off it's new premium Galaxy TabPRO line of tablets, and the first to hit the table is the Galaxy TabPRO 8.4, which by its name suggests that the screen is 8.4-inches large. It's not just a 8.4-inch panel though, this panel packs a whopping 2560 x 1600 pixels, which is the same resolution as the afformentioned Note 12.2, albeit in a considerably smaller size. That's a massive step up from the rather crummy 700p panels that line the current lineup of Galaxy Tab tablets, and that means you likely won't be able to see any pixels no matter how close you get to the screen.  The device retains the physical home button on the front, as well as the capacitive back button, but the menu button has finally been replaced with a recents button, allowing you to multitask much faster than having to hold down the home button. 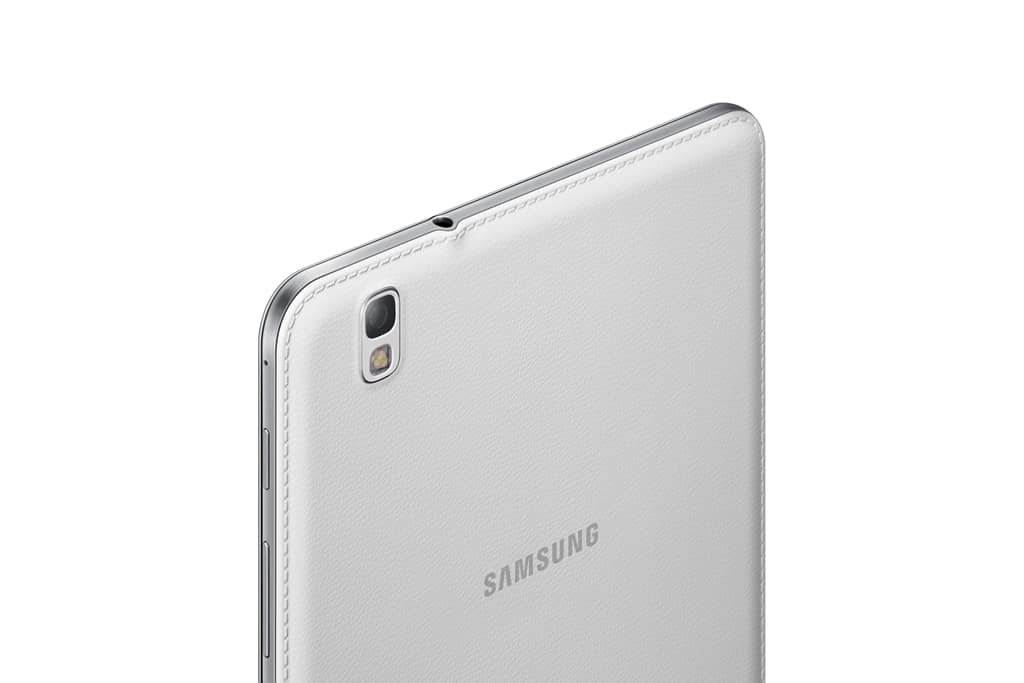 Alongside the rather impressive screen sits some rather impressive high-end specs, including the same Quad-Core 2.3GHz Snapdragon 800 processor that powers the Note 10.1 2014 Edition, Note 3 and Note 12.2 tablets. It's only got 2GB of RAM inside compared to the 3GB on Samsung's other high-end models now, but that's not going to do much in terms of productivity. After all no other device on the market has 3GB of RAM other than some of Samsung's. Samsung is also taking pictures to a new level on tablets with an 8-megapixel rear-facing camera, and a 2-megapixel front-facing cam for high quality video chatting. The TabPRO 8.4 also comes with either 16 or 32GB of internal storage with the ability to expand via the MicroSD card slot. The 4,800 mAh battery will last you practically forever without mobile data, and the TabPRO 8.4 will mark the first iteration of Samsung devices to launch with Android 4.4 KitKat on board. TouchWiz seems to be getting some major refinements in design too if these press screens of the device are anything to go by, but we'll need some hands on time and video of the device to be able to tell for sure.  You'll also note that the camera placement for the TabPRO 8.4 is different from the rest of Samsung's tablets, and is now in an iPhone-like position in the top left of the device if you're looking at it from the back.  The back of the device is also covered in the same type of faux-leather that the Galaxy Note 3 and 10.1 2014 Edition has.