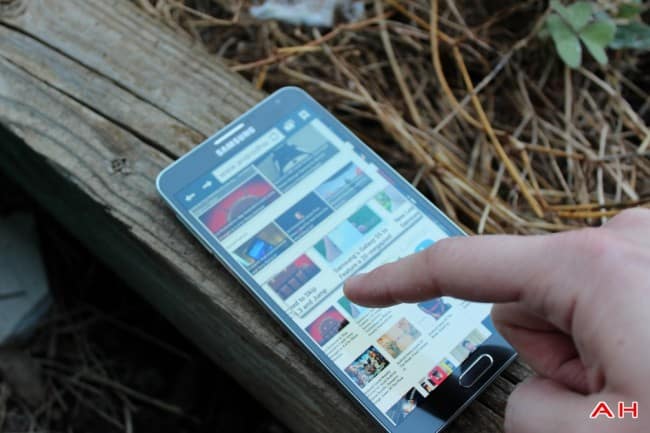 With each new smartphone release we see some sort of progressive step up in technology.  Whether that means hardware or software depends on the phone of course, but we're used to seeing more CPU cores being added for extra horsepower, more RAM added for better multi-tasking abilities, etc.  But once in a while we get something that doesn't just feel like the next step up, but rather something that changes the game in how we use our phones.  Every manufacturer looks for unique ways to sell its devices, and Samsung is certainly no stranger to that goal.  With the Galaxy S III and Galaxy S4 Samsung added a ton of interesting but not necessarily useful gesture-based controls and commands to its phones, leaving many users feeling like the phones are just bloated instead of being filled with useful features.  This time around though Samsung is taking something it started with the Galaxy S4, the hovering command feature, and taking it to the next level.  According to Korean insider sources, air command gestures are getting a big upgrade for the Galaxy S5 in the form of multi-finger hovering.  This is all made possible by that fancy new touch panel by Synaptics we've been hearing about recently.

While this doesn't initially sound too exciting, especially for those who thought the air command gestures were a gimmick, think of it like this: when single-touch displays were around, the accuracy of detecting touch on the screen was low, and only having a single touch point makes the device feel very static.  When multi-touch was introduced the game changed significantly, along with the sensitivity and responsiveness of the touch, and suddenly everyone wanted a touch-screen phone.  Samsung is hoping that multi-finger hover has the same effect on the Galaxy S5, and people will be clamoring to use a phone with this tech.  What's more is that this new technology can not only detect up to 2-points of hovering touch, but can also detect it at a distance of 15mm to 30mm, which is significantly further than what is currently available on the Galaxy S4 and Note 3.  Samsung has apparently been working on many applications that will take advantage of this technology, but integration with other non-Samsung apps is still unknown.  Hopefully Samsung released a development kit that makes it easy to implement these features so that they'll be used more often unlike many of the features currently on Galaxy phones.

Source: ETNews
Via: G for Games