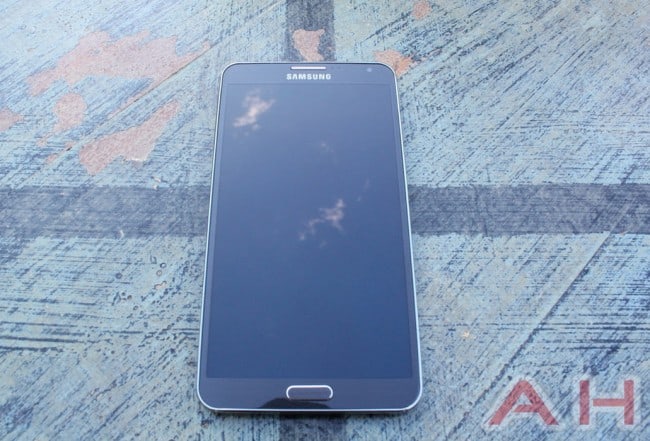 When leaks of Samsung's new UI started coming out we got pretty excited at the upcoming changes we expected to see in the Android 4.4.2 KitKat update for our beloved Galaxy S4 and Galaxy Note 3, among other Samsung flagships likely to receive the update.  We were even more excited when Samsung's new Magazine UX debuted with the new Galaxy TabPRO tablets at CES 2013.  We then quickly saw the very Android 4.4.2 KitKat update we were hoping for leak for the Galaxy S4 and Galaxy Note 3, and subsequently already be rolled out for the Note 3 in Poland.  C4ETech has been able to get ahold of this update and flash it on their international Galaxy Note 3 model, and has given us a nice little walkthrough of the new features they found.  Unfortunately the list isn't nearly as big as you would have likely hoped, and doesn't feature some big things like we expected.

First off there's very little visual change here aside from all the top icons now being white instead of a mix of green and white, and the top notification bar is now fully transparent on the home launcher no matter what wallpaper you use.  You're also not going to find Android's new runtime ART here, as it seems TouchWiz isn't compatible with it yet, which is likely the biggest blow to power users looking forward to the fluidity that ART brings with it.  Thankfully the new memory management that KitKat brings reportedly speeds up both devices quite a bit, even with all that RAM under the hood.  Finally you aren't going to find that new neon-looking visual style that was leaked the other week, or the Magazine UX from the Galaxy TabPRO tablets either, but that's probably more because the new visual style isn't ready for primetime yet anyway.

Now let's get into the good here, saving the positive for last of course.  As you can see from the title picture the lockscreen now prominently features a large camera icon in the bottom right for quick camera access, as well as that beautiful full-screen album art feature that KitKat added.  You will notice a fairly significant visual change to the Samsung keyboard here though, as everything has moved from a lighter color palette to a darker one, which is a great thing for the AMOLED screen on the device, as darker colors are more power friendly.  I also think it's easier on the eyes, but maybe that's just me.  Samsung has also integrated the system emoji from Android 4.4 KitKat straight into the keyboard.  Finally you have some more mundane features like the ability to change out the stock messaging app and stock launcher, which if nothing else might help move people away from the mess that is TouchWiz messaging and the TouchWiz launcher.  Last but not least is the inclusion of system-wide wireless printing support, and of course the new power-saving GPS modes added in KitKat.  Looking forward to the update?  You better believe I am, now to just figure out how to get ART enabled and I'll be a happy camper.  Check out the full video below: