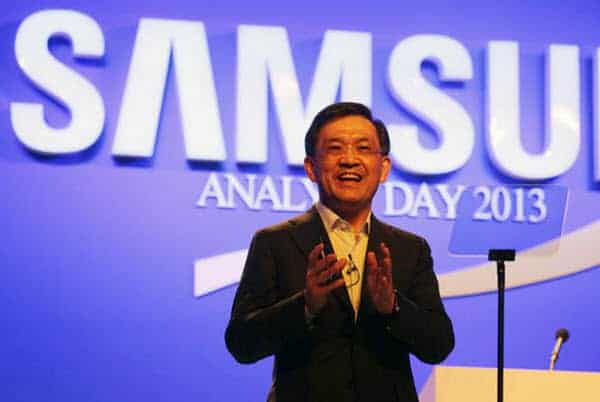 With Lenovo having now bought Google's pet Android manufacturer, Motorola, it would seem that Samsung and Google can start being best buddies again. Or at least, that's what it looks like. It's no secret that Samsung and Google haven't had the best relationship over the years. Yes, Samsung sells more Android devices than anyone else, but they've famously made little contribution to the AOSP and rarely even whisper the word "Android" when announcing new products that would be nothing without Google's OS. These two giants owe each other a lot and have made Android the great platform that it's become and now, it looks like talks between Google and Samsung could bring some real change to the Android landscape. This all started with the announcement of the patent agreement at the beginning of the week and now, there's talk of Samsung adjusting their software, as well as Google adjusting how they do things.

Sources familiar with the matter have said that Samsung has agreed to better push Google's services, such as the Play Store, which goes hand-in-hand with their agreement to stop shipping duplicate apps with their devices. Anyone who has used a Samsung device in the last couple of years will have noticed the vast majority of apps on offer from Google have a doppelg¤nger from Samsung. These apps are often unimpressive and in a lot of cases, simply needless. It's this that Google is looking to put a stop to, and it seems that Samsung is more than willing to oblige. However, there's talk that Samsung is looking to get their hands on some of the Play Store revenue that comes from Samsung's devices. This is perhaps not entirely unreasonable, with Samsung controlling over 30% of the Android landscape, but what about LG, HTC, Sony, Huawei, Motorola, Lenovo and so on? Where's their cut?

The agreement surrounding the Play Store and other Google apps is apparently to be a "blueprint" for other deals signed with manufacturers. At this point though, this is mostly conjecture and nobody from Samsung nor Google has confirmed that talks surrounding Google services are even taking place. We hope that Samsung and Google isn't getting too deep into talks surrounding Play Store revenue and other key parts of Android, after all the Open Handset Alliance was formed for a reason. No matter how successful Samsung is, they shouldn't get more of a say when it comes to Android than LG or Sony does, that's the whole point of an Open Platform. Still, it's great to see Samsung and Google talking like this, as for a lot of consumers, it's either Samsung or iPhone, nothing about Android. Closer partnerships like this could be a direct result of management change at the helm of Android. Andy Rubin was notoriously reluctant to deal with partners, meanwhile Mr Pichai seems a far more welcoming host for Android and its partners. What do you think to all of this? Should Samsung get a slice of revenue from the Play Store? Let us know in the comments and over on Google+!