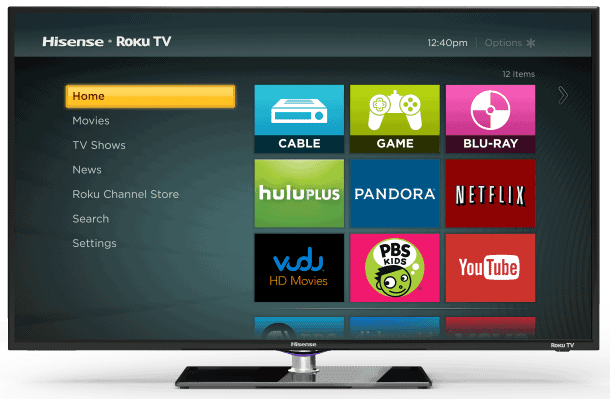 Get ready for some of the biggest innovations shown at CES 2014. This will blow your mind, and make you ask, why? Why have we not seen something like this ever before? Where has this technology been? and What will they think of next? Obviously, the biggest news to hit CES 2014, is that of the new options of HDTV's with Roku built-in!

Alright, that was a bit of deserved sarcasm though part of it is true. CES 2014 was where Roku along with HiSense and TCL announced that they will be launching a total of six Smart TV's with the "brain" essentially being a Roku box. In the Fall of 2014, we will see three televisions from Roku and HiSense, and three from Roku and TCL.

So there isn't much new on the inside, it still is the same service that we have seen before from Roku, minus the set-top box. Access to cross-platform movies and shows from the likes of NetFlix, Hulu Plus, YouTube etc. is readily granted. Essentially, these are Smart Televisions, nothing we haven't seen before, it just has the Roku name behind it, and to some people, that means more than anything else. 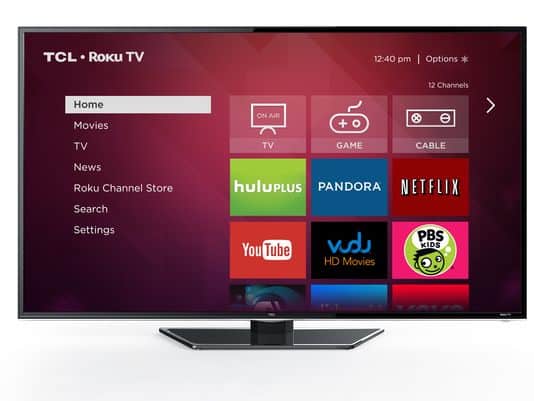 Roku's software is about the same as if you had just the set-top box, except it will always be there when you power on the television. Now that Roku isn't operating separately from your television, the software will now recognize when a Blu-Ray player is connected, giving you the options to switch between sources. Though, with the included Roku television remote, controlling these other inputs will be more difficult than just picking between them.

The remote is still the basic Roku remote with the exception of a power button and a volume rocker. This means once you have selected to run cable for example, you will need to pick up the cable remote. Roku officials have also said that they will support software updates for the televisions.

Smart televisions running Android have quite a reputation for ditching the software updates after a while. So this would be a welcomed change of pace from Roku, if of course they continue to update the software for longer than a year or two. No one wants to have to buy a new television every year to keep up to date with the software.

No pricing details have been released as of yet, though it is known that at launch, the televisions will be available in the US and Canada firstly.