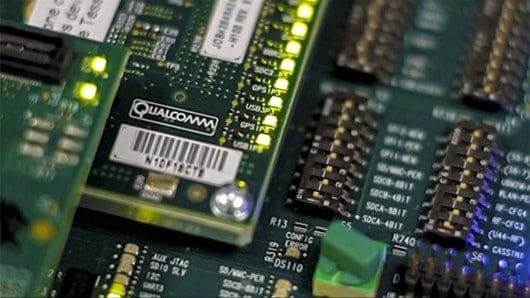 Wearable technology is clearly going to be the big headline-grabbing tech at this year's CES but, it's quickly looking like so too, will the "connected car". Earlier on, Google announced the formation of the Open Automotive Alliance, which is aimed at bringing Android to the car, thus turning it into the "connected car". While Nvidia is already listed as a founding member of the alliance, Qualcomm wasn't, reasons for which are unclear right now but, if you thought the mobile chip giant was staying out of the dashboard then you'd be wrong. Before their press event later on, they've gone ahead and announced the Snapdragon 602A. Which, as you guess it, is an evolution of the Snapdragon 600 we saw in some of last year's biggest smartphones such as the HTC One and the Galaxy S4.

Much like the Snapdragon 600 featured in smartphones, the Snapdragon 602A will be used to provide multiple streams of entertainment and information to screens in your car. As Engadget notes, the 602A features a Gobi 9×15 3G/4G LTE along with WiFi and Bluetooth which should cover all the bases for connectivity. The Snapdragon 602A however, is perhaps more about potential and what's to come. Such a capable CPU could enable car manufacturers to create innovative features like facial recognition before starting your car as well as even pave the way for live video traffic alerts, a la traffic radio of old.

With Qualcomm having already announced the Snapdragon 805 and the Snapdragon 410 in 2013, and now the Snapdragon 602A and 802 this week it's beginning to look like CES 2014 will be more about iteration than a completely new series of chips like last year was. Nevertheless, last year's Snapdragon 800 is still an extremely capable CPU and will more than likely continue to be for the rest of 2014. The question is however, with Nvidia's latest Tegra K1, does Qualcomm need to show any new processors, or is the 800 series powerful enough? Let us know what you think in the comments below and over on Google+!