Skip to content
Trusted By Millions
Independent, Expert Android News You Can Trust, Since 2010
Publishing More Android Than Anyone Else
21
Today
96
This Week
96
This Month
6837
This Year
124354
All Time 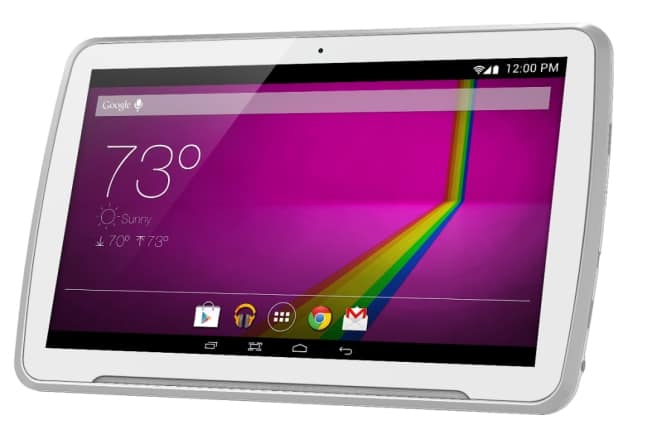 CES 2014 hasn’t even kicked off in earnest yet, in fact the doors to the venue in Las Vegas don’t open until next week but, that hasn’t stopped a number of outlets releasing news of their latest devices. Lenovo has already announced a number of new Android smartphones and apparently Pebble has something big in store for us, too. Now, it’s time for one of the many smaller brands we’ll be hearing from, Polaroid. This time around, the brand is introducing a line of new tablets, three in total, that make up the “Q” line of tablets. With varying screen sizes, the Q7, Q8 and Q10 (no prizes for guessing which is which) each device features a “quad-core CPU” and Android 4.4 KitKat. There’s no word on just what specifically is inside these new tablets but, we’re sure they’ll be on show next week.

As you might know, the Polaroid name is simply a brand that yet another Chinese manufacturer owns and as such, the Q line of tablets were designed by Southern Telecom and will launch in the US with prices ranging from $129 to $179 and should be available starting Spring 2014. As well as the up-to-date Android version (well done Polaroid), the Q line of tablets will feature an HDMI-out port so you can easily connect them to your TV, as well as “front-mounted” speakers to enable better sound when watching media.

While Polaroid is not the best-known brand when it comes to Android, especially after their failed attempt at a smart camera, it’d be nice to welcome yet another tablet manufacturer to the party. With what looks like stock Android and Google Certification, these tablets could rival other low-cost options from the likes of Amazon and Lenovo. As with a lot of announcements this week, we’ll know a lot more next week, when the CES show floor flings its doors open to all.