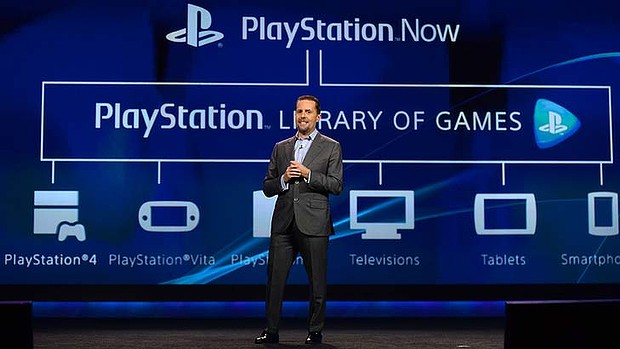 Sony has recently announced the PlayStation Now project, which is a way for Sony to stream PlayStation games to people on TVs, tablets and even smartphones. However, apparently there’s a catch: you need a DualShock 3 controller in order to play these games. For the PS4 and the PSVita, you can obviously use their own controllers.

I think they have a point regarding the fact that those games were made with the DualShock 3 controller in mind, and they will obviously offer the best experience that way. It also allows developers of future games to only target a given set of controllers (PS3, PS4, PS Vita) instead of looking how to optimize them for touchscreens or some other type of controller.

That being said, I think Sony is trying to make some money from selling controllers here too, even though the majority of people who will want to try these games on mobile devices probably already own a PS3 or PS4. They could also be thinking of getting people into their “ecosystem”, and if they don’t already have a PS3 or PS4, maybe they will get one now.

However, I believe Sony could have done this by saying any “DualShock 3-compatible” controller can work, and I don’t think it would’ve been a huge problem for them or the developers. They could have shown a little more openness instead of trying to build yet another walled garden to trap users.

But as I said, most of the people trying this are likely to already own a PlayStation controller, so it won’t affect them, while some of the others who want to play PlayStation games on their Android devices, but don’t own any Sony console, will have to pay a little more for an original DualShock 3 controller.