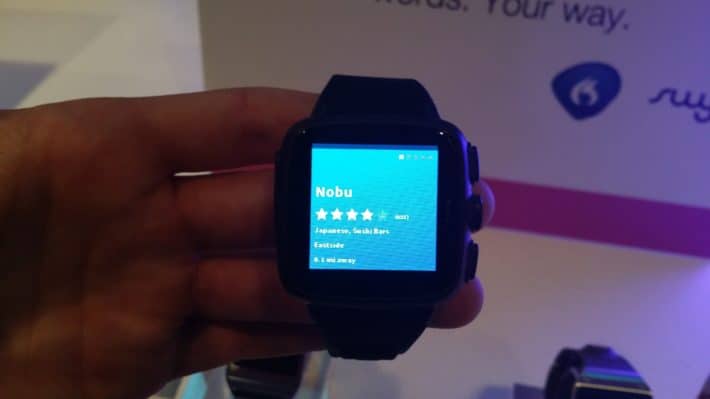 As expected, the Consumer Electronics Show (CES) is turning out to be a veritable launch-pad for some amazing products and technological advancements. In some exciting news for the Smartwatch genre, Nuance has launched its Dragon Mobile Assistant and Swype virtual keyboard for smartwatches.

Nuance's voice recognition technology powers several interactive assistants – including, most likely, Apple's Siri – which is exactly the kind of technology required for devices with screens that are too small to comfortably type on. Dragon is a pioneering brand in the world of voice recognition technology since its inception in the early 1990s. Nuance acquired the brand in 2005 under its merger conditions with Scansoft.

In its demonstration at the CES, Nuance has demonstrated the capabilities of the Dragon Mobile Assistant on Omate's TrueSmart Android Smartwatch. The company states that "People can simply speak to their watch to make calls, send emails or text messages, set reminders, manage their calendar, search the Web, and update social media." 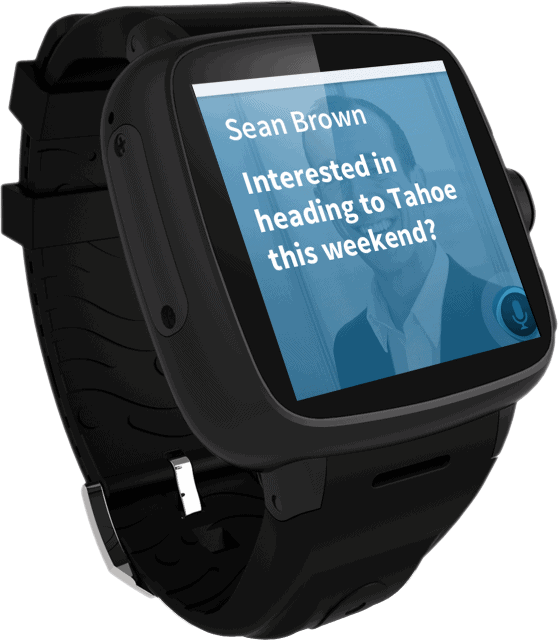 In continuation with their drive to introduce ease of typing on the minimal screen on smartwatches, Nuance has said that "with a quick flick from the watch face, users can immediately access game scores from their favorite sports team, quotes for their most important stocks, restaurant recommendations, and the local weather." This is possible because of a specialized version of the popular Android keyboard app – Swype. Swype is a very popular custom keyboard app for Android, which was acquired by Nuance in 2011.

The Smartwatch version of Swype is optimized for smaller touchscreens, and as per the press release from Nuance, it is capable of handling not only typing, but handwriting recognition as well. The company has also formed some exciting partnerships which help to enhance the functionality of the Dragon Mobile Assistant. Users can avail benefits of Nuance's partnership with Gracenote to identify the song they are listening to. All that needs to be done is simply ask "Hello Dragon, what song is this?"

In another tie-up, Nuance has partnered with Philips to allow the Dragon Mobile Assistant to control the colors of Philips LED-based, color changing Hue Lighting System. These releases from Nuance definitely point to good things coming to the wearable tech niche. There is no clarity when these products would move out of the prototype phase and into the consumers' hands.

Give us your views in the comments section below.