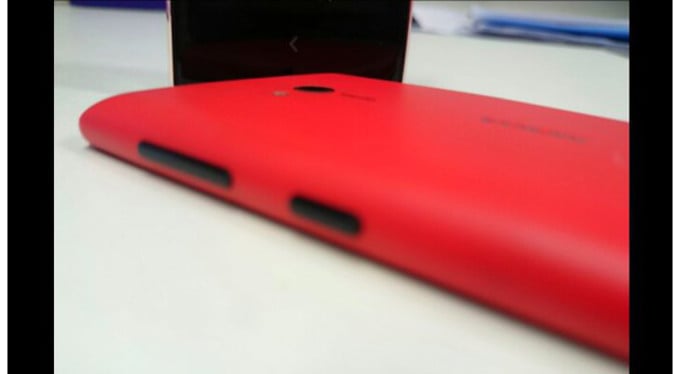 The Nokia Normandy is one of the most leaked devices we've seen in a long time. This thing can't stay under wraps. Either Nokia is leaking all of this information on purpose, or they have stopped caring since they agreed to sell their mobile division to Microsoft. A new leak of this alleged device has surfaced on Indonesian blog nokianesia, coming from the Indonesian FCC. A screenshot of the RM-980 was captured by the site, and they're saying this could mean that the Normandy is on its way to Indonesia soon. An update at the end of their blog post says that the device listing has since been removed from the Indonesian FCC website, so we don't have a way to confirm that the new Nokia device as ever actually there. Even so, we do expect the Normandy to land in global markets sometime soon. It may even be announced at or sometime around MWC at the end of February.

In case you've been living under a rock, the Nokia Normandy is the first actual proof we've seen that Nokia has been working on an Android device. This is big news because Nokia's hardware is fantastic, but they never locked in on Android and produced a high-end handset for us. Unfortunately, the Normandy is an entry-level device. It is rumored to be powered by a Snapdragon 200 chipset, running Android 4.4 KitKat. The official Nokia model number is A110, according this leaked benchmark screenshot. It's going to have a 5-megapixel rear facing camera as well. This all assumes that the Normandy is actually going to see a global release. We are working under the assumption that it will, considering all of the leaks that just won't stop coming.

I'll be honest, after Nokia decided to sell their mobile division to Microsoft, I was really hoping that they would decide to get back in to the mobile phone business and make Android devices. I've been really impressed with Nokia hardware for a long time. There was nothing appealing for me about Windows Phone, but Android on Nokia hardware is something I could get behind. The Nokia Normandy is just not the Droid I was looking for.