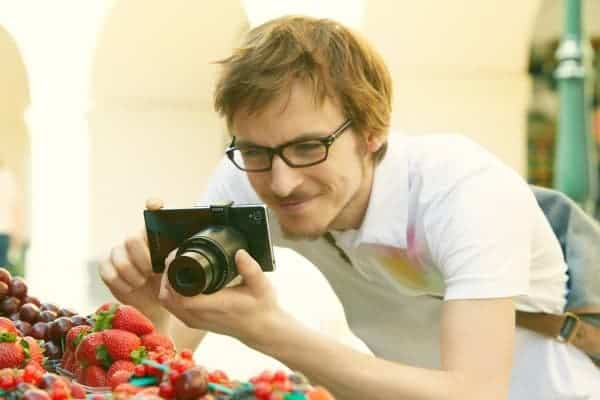 Sony's camera lenses and sensors are among the best in the world. That is, afterall, why they have more than a 50% market share when it comes to what kind of sensor is inside your smartphone, no matter who makes your actual phone. What Sony unfortunately can't do is put SLR quality sensors, lenses or software on your phone, and that's all down to us wanting a thin and light phone. After all not everyone wants a phone like the Galaxy S4 Zoom, but what if you could get a detachable SLR-style lens that helps you take better pictures on your phone? That's the idea behind Sony's QX10 and QX100 camera lenses, which are detachable Bluetooth-driven lenses that can actually take pictures by themselves and upload them to your phone afterwards. These lenses take the idea from Sony's successful and critically acclaimed point-and-shoot cameras and make this caliber of image quality possible on your smartphone. Sony has put together a rather odd 2 minute and 15 second video that uses dramatic music to slowly piece together one of these lenses using each individual component. While it doesn't really do much to sell the product it does give you a quick and fairly interesting look at what is inside one of these QX lenses.

While you can get Sony's QX lenses on Amazon right now for either $248 or $498, it looks like both Kodak and Vivitarwill be coming out with competing lenses in the near future. Overall this is a great thing for the mobile industry, as it gives users more options and might bring the price down overall for these lenses. I haven't personally had the chance to use one of these lenses, although I really would love to. While my Galaxy Note 3 takes pretty decent pictures already, there's a lot of room for improvement as there is with any smartphone. For now though, we've also got the Xperia Z1 internationally, and Z1s on T-Mobile in the US to try out, which features a similar sensor to the ones found in the QX lenses featured here, albeit not quite as good. Does this video get you more interested in buying a Sony QX lens? It certainly brings a little bit of a different perspective to what's inside them, and shows that it's more than just some silly plastic attachable like you can buy for $10 at your local mall kiosk, doesn't it?