The Motorola XOOM. A tablet long gone but not forgotten. In fact it's rather the opposite of forgotten. It seems there are enough people still out there using the very first Official Android tablet to warrant custom ROM developers giving it some attention, and making a custom ROM based off Android 4.4 for it. Developer and XDA member Schischu has seen to it that if you own any variant of the once widely popular Motorola Android tablet that was first offered at Verizon, you can load on a custom build of OmniROM and hurl your XOOM forward into the loving arms of Kit Kat. The XOOM was first unveiled three whole years ago, and had some impressive specs and features in its day. Now though it's hugely overshadowed by the likes of all the powerful tablets that are currently offered.

That hasn't stopped owners from getting their daily use out of the device though, and perhaps people who still own one but have let it slip into the untouched corners of their home collecting dust, just might pick it back up and play with it a little now that 4.4.2 can be had on it. This ROM brings with it all the goodies one could expect to have with Kit Kat, including Immersive Apps support, Wireless Printing support, the UI changes(of course), ART runtime, Cloud Storage and more. Yes, you can breathe new life into your Motorola XOOM by heading on over to the XDA thread about the ROM and proceeding to follow the instructions to load on Kit Kat. Each Model will have its own thread, so make sure you hit the link to the right one. 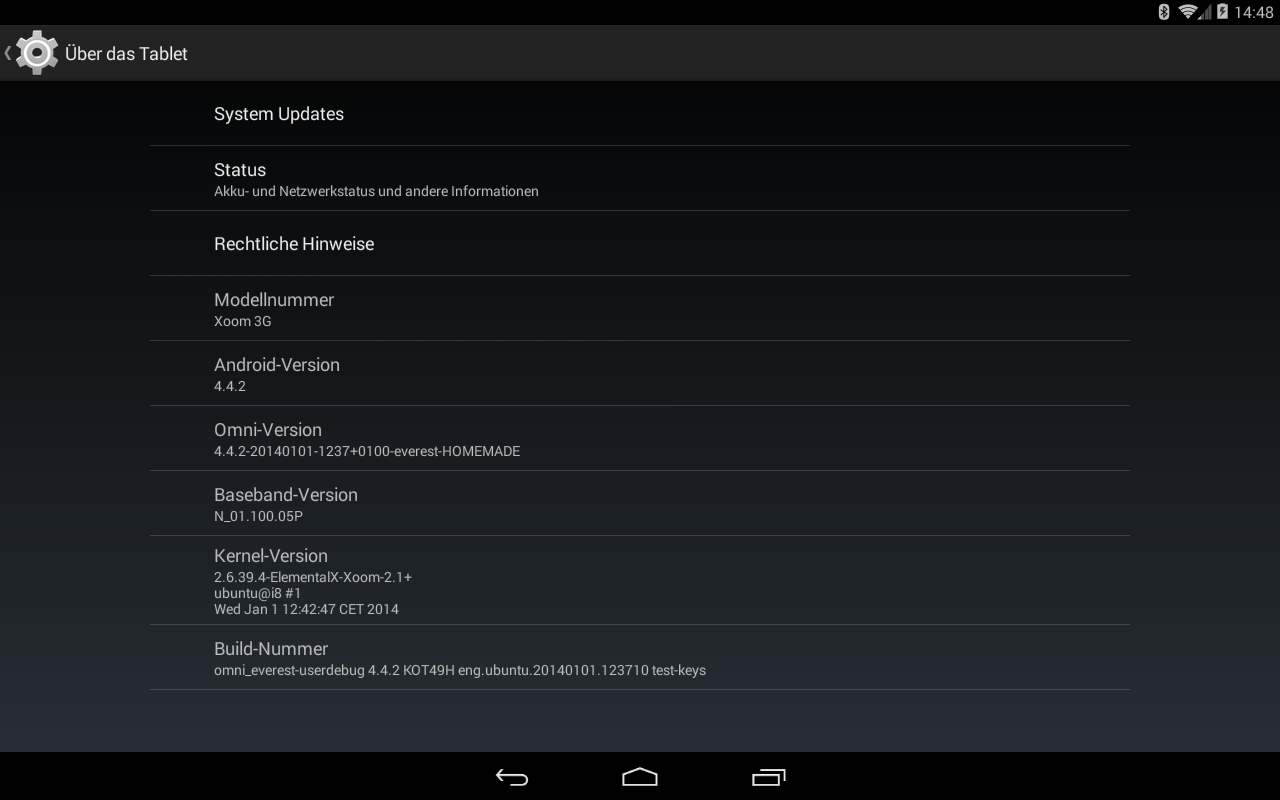 Even though Motorola(now google owned and geniuses behind the Moto G) and Google have halted any sort of "Official" updates for the XOOM quite a while ago, the wonderful community of Android developers out there just don't want to see the tablet die. Legions of XOOM owners are promptly thanking(or should be) the developers for their much hard work in putting together these builds. There are only a couple minor issues that seem to be present, so these are safe for daily use. The issues mentioned have to do with selecting alternate keyboards and the audio dock volume controls, so nothing too major. As stated above you can find build versions for the OmniROM based ROM to load onto your tablet, whether you have the Wingray(WiFi Only), Stingray(4G), or Everest(3G) models of the Motorola XOOM. As always, to complete this process your tablet will have to be Rooted with Bootloader Unlocked, and you choose to attempt this at your own risk. If you're taking the step to make this happen, make sure to read everything before you attempt anything. Happy flashing!

Trusted By Millions
Independent, Expert Android News You Can Trust, Since 2010
Publishing More Android Than Anyone Else
24
Today
24
This Week
637
This Month
1815
This Year
103294
All Time
Advertisement