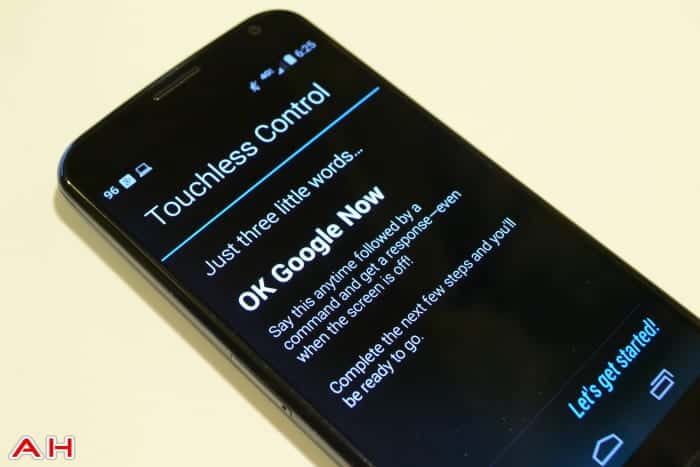 Folks in North America have been enjoying Motorola's Moto X since back in August, but soon UK consumers will have the chance to pick up the handset. Motorola has announced that it will be launching the Moto X in the UK on February 1, and potential buyers will have a couple of ways to get their hands on one. First and foremost, you'll be able to pick up an unlocked Moto X for £380 (around $622 US) direct from the manufacturer. If that's too much to plop down at once, you'll be able to pick it up on-contract from five places: Carphone Warehouse, O2, Amazon, Techdata, and Phones4u.

If you decide to go with a contract, you can expect to pay £25 per month for the device. That comes out to about $40 US each month, which isn't a bad price to pay for a phone as popular as the Moto X. The Moto X will be available in black at most retailers, but if you'd prefer a white one, you'll have to go through Phones4u to get it. The white Moto X will be a Phones4u exclusive for three months, so it seems safe to assume that it'll be more widely available once those three months are up.

Unfortunately, the Moto X won't have one of its coolest services backing it up when it lands on UK shores next month. We're talking about Moto Maker, the website that allows users to customize their Moto X when they purchase it. It's a nifty feature that launched to plenty of excitement here in North America, but unfortunately UK consumers are going to wait at least a few more months before Moto Maker becomes available in their territory. Motorola is hoping to have the service up and running sometime around Q2 2014, telling Pocket-Lint that the main roadblock is figuring out a way to manufacture the Moto X locally, thus making it easier for the company to fill custom orders quickly.

If you've had your eye on the Moto X, we can't really blame you, we reviewed the Moto X some time ago and found it to be a solid phone. The phone comes equipped with 4.7-inch AMOLED screen displaying at 720p. A dual-core 1.7GHz Snapdragon S4 Pro CPU is running the show under the hood, working in tandem with 2GB of RAM. Consumers will have their choice of 16GB or 32GB of internal storage, while a 10-megapixel rear-facing camera will serve as your main shooter. It's a solid handset to be sure, so don't be surprised to see it sell well when it launches in the UK next month.