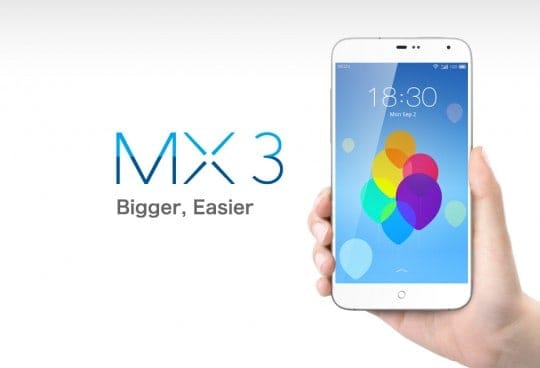 Meizu is taking strides to break in to the U.S. market in a big way. Their goal this year is bring consumers a simpler experience and make their lives easier. They brought a strong presence to CES 2014 with this goal in mind. The Chinese manufacturer is trying to sell its 5.1-inch Meizu MX3 as this simple, easy device. It's a bit of a tough sell, seeing as how it's not always easy to operate a phablet, especially with one hand. The company is promising to bring custom user interface that is packed with features and options, but that is easy to use at the same time. They hope to do this with their new Flyme 3.0 Android overlay.

The Flyme OS is Meizu's own custom Android skin. Just like HTC with their Sense UI or Samsung's TouchWiz, Meizu is looking to differentiate itself from competitors in the Android market by making its UI something special. The company's Flyme OS website puts it like this: "The ultimate aim of operations is to serve a purpose, and we aim to maximize the efficiency and comfort of the process. So we optimize the Flyme OS 3.0 to make it fully intuitive."

The Meizu MX3 is a phablet device with a 5.1-inch display that has an 1800 x 1080p screen resolution. It's powered by an octa-core Exynos 5140 chipset and comes with 128 GB of internal storage. Those are the specs for the Chinese variant of the MX3; they could change once the device hits U.S. shores. The company did is planning on releasing the MX3 in the States sometime in the third quarter of 2014. No pricing details were provided.

Meizu was established in 2003 and has its headquarters in Zhuahai, China. The company began making smartphones in 2006. They currently have over 1,000 employees and 600 retail stores in China. They are building a global presence by branching out into Hong Kong, Israel, Russia, Saudi Arabia, the Ukraine, and now the United States. Meizu is one of the Chinese companies, along with Xiamoi, ZTE, and others, that are looking to break out of their home country and give Samsung and Apple some competition.