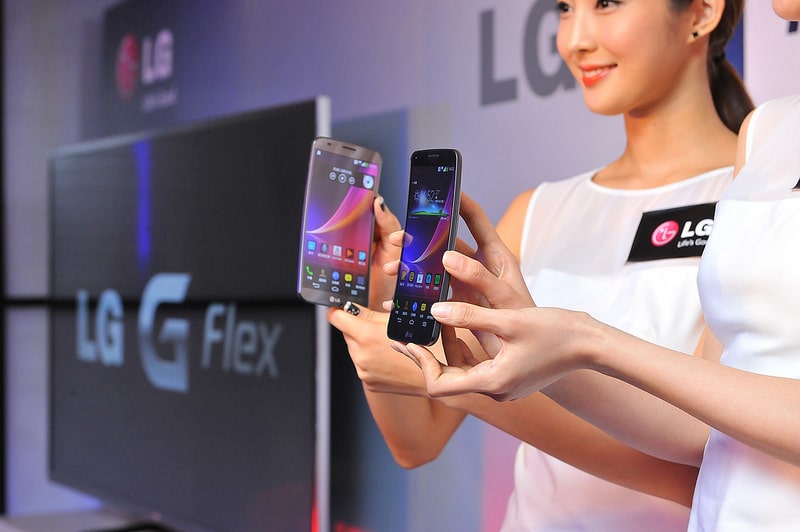 On Monday, AT&T announced that the LG G Flex pre-orders are starting later this week, on January 24th. As AT&T puts it "AT&T stays ahead of the curve…", pretty nice pun there from AT&T. The LG G Flex will cost $299 on a new 2-year contract, or $26.74 per month with AT&T's Next 18 or $34.75 with AT&T Next 12. That's about what we were expecting in terms of pricing since Sprint announced their pre-orders last week, which they are selling the LG G Flex for $299 on contract as well. I'd expect T-Mobile's to be a bit cheaper when they announce pre-orders, soon, but that's mostly because they don't do "contracts".

The LG G Flex features a 6-inch 720p curved HD OLED display, powered by a Qualcomm Snapdragon 800 processor clocked at 2.3GHz, 2GB of RAM inside, and 32GB of onboard storage. There's also a 13MP camera on the back and a 2.1MP front-facing shooter. The LG G Flex is powered by a 3500mAh curved battery, which should last you all day and then some. It's running Android 4.2.2 as well, unfortunately. According to Morris Lee, who is the senior vice president and head of North American sales and marketing for LG, "LG G FLex represents the shape of innovation and LG's technical design leadership in the mobile market…It's unique curved display and curved battery, plus LG's innovative rear key and Knock feature, make the LG G Flex an exciting device for AT&T customers."

So far there's no word when it will actually be released, but pre-orders start on Friday. Typically, AT&T likes to release devices on a Sunday, so we may see it this coming weekend or the next weekend. It's tough to say right now. But we've got more information on AT&T's LG G Flex than on T-Mobile's, so there's that. How many of you are interested in picking up the LG G Flex from AT&T? Let us know in the comments below.