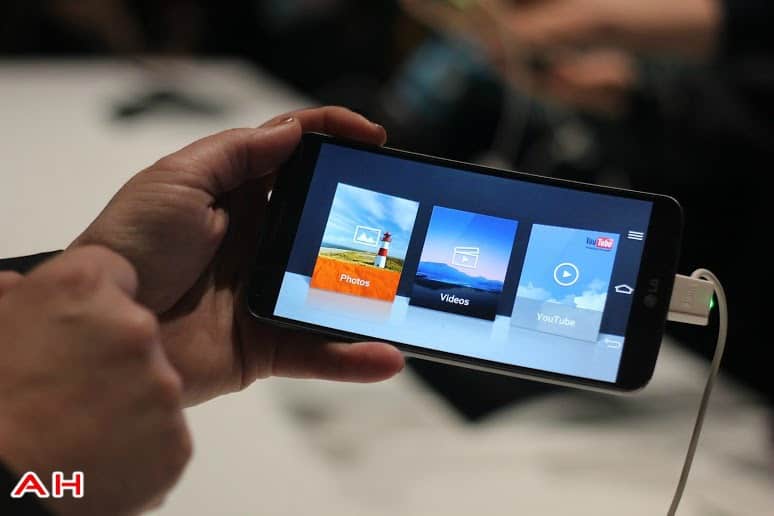 LG's curvacious G Flex has slowly but surely making its way around the world and for us English-speaking folk, it's finally about to hit the US and the UK. Those across the pond however, will be able to get their hands on the G Flex starting February 1st as LG have confirmed. As with most devices in the UK, the G Flex will be available on pretty much every network and on a variety of different price plans. For our UK readers that were interested in the G Flex, we'll warn you now that this is not an affordable device however, it's not reaching the dizzying heights we've seen other devices reach in recent years.

The G Flex is going to cost £49 upfront for the device and then £57 a month on O2 from Carphone Warehouse, which does get you 8GB of data, which isn't too shabby, but hardly cheap. Meanwhile, the device can be head on Orange from Carphone Warehouse as well as EE but, a lot of these incur higher prices for the handset, but with a lower monthly cost. There's no mention of 3 or Vodafone UK just yet, which is slightly disappointing, but hopefully both of them will be getting the device soon.

If you're unfamiliar with the G Flex, it's a 6-inch device from LG that has a curved display that utilizes LG's Plastic OLED technology. It's also got some pretty fancy party tricks. It has a "self-healing" back panel which apparently heals scratches and the like, in practice though it only lessens their appearance, which is still better than nothing. As well as that, the G Flex can quite literally flex as well, with the device flexing straight without breaking thanks to the flexible battery and design inside.

The real challenge that LG faces with the G Flex isn't how much it costs – which is a whopping £690 SIM-Free from Expansys – but more to do with whether or not the UK consumer will see any real value in the design. Let us know what you think in the comments below and if you're considering picking the G Flex up.