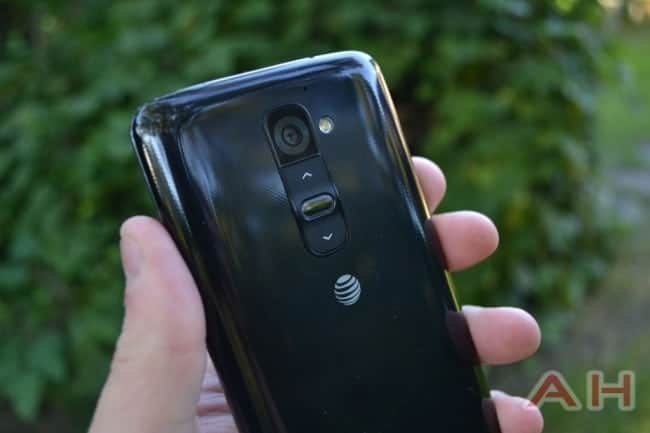 Every so often, emerging trends appear in the mobile industry and 2013 saw the birth of the fingerprint reader. No doubt spearheaded by Apple's iPhone 5S, the technology also took off in South Korea, too. With Pantech launching their own device complete with a fingerprint reader and, who can forget HTC's One Max that debuted with a reader of its own? So, it's clear that this sort of technology is here to stay and while it's not taken off just yet, we're pretty sure that 2014 will be the year we see even more of these readers on our devices. We had heard rumors that Samsung was looking to include the technology in the Galaxy Note 3 but, that it fell through due to production issues. Now, we're hearing that LG might have plans for the same sort of tech in their upcoming flagships. Unlike Samsung however, LG has already made moves to include a fingerprint reader in their designs.

The LG G2 was an interesting piece of hardware – which now comes in technicolor – in so many ways, it pushed the envelope in small yet significant ways. Such as including as much screen space and battery into the device's footprint as possible. However, what the G2 will be remembered for most, is the positioning of its buttons around the rear of the device. We quite liked this about the G2 in our review and, LG's reasoning behind it is that your index finger naturally rests there to support the phone so, why not put some buttons there? You know what else would look great there? A fingerprint reader.

That's what Korean media is saying today, that LG had plans to include a fingerprint reader in the G2 but couldn't quite tick all the boxes before the launch. Going forward, it's said that LG will be including fingerprint readers in the G3 – or whatever the successor to the G2 will become – and the rumored upcoming G2 Pro. Placing the technology inside of the smartphone isn't enough though, as Apple has proven with TouchID so, LG will have to knuckle down and think of how to really leverage the new technology in their upcoming devices. Here's a question for you, dear reader; what would you use a fingerprint reader for, if anything? Let us know in the comments below or over on Google+!